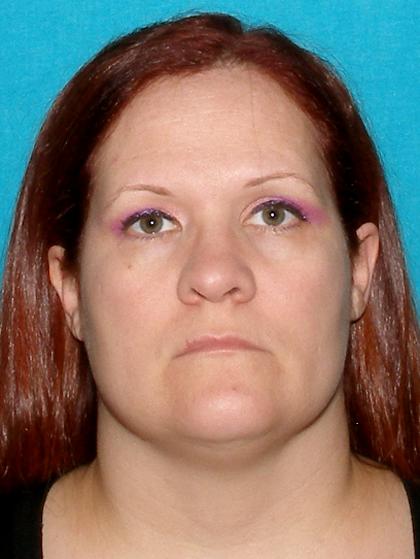 Internal discussions are underway, according to an IPLA spokesman, who said there is no clear timetable on when the changes will be implemented.

The move follows an I-Team 8 investigation that uncovered how easily the online renewal system can be manipulated.

Indiana is only one of five states that requires that nurses use their licensing numbers (which are public record) and the last four digits of their social security numbers in order to renew their licenses online. I-Team 8 found that information can easily be accessed in certain public documents.

So far this year, I-Team 8 has learned there have been at least three women charged with identity theft or fraud for using another nurse’s license number in an effort to gain employment.

The most high profile of these cases involved Holly Whyde, who on Thursday was sentenced to two and half years in federal prison after pleading guilty to charges of aggravated identity theft and making false statements related to health care matters.

Holly Whyde made no direct apology or statement in court but answered questions presented by her attorney.

When asked if she was ready to go to prison to pay for what she did, Whyde replied: “Yes.”

When asked by her attorney, Brian Newcomb, if she did a horrible thing, she said: “Yes.”

Afterwards, Whyde was placed into the custody of the U.S. Marshals. It’s not clear where she will be assigned with the Bureau of Prisons.

Her husband declined to comment and brushed off questions from a reporter as he left the courthouse.

Prosecutors argued that Whyde “focused her life on crime” and concocted a scheme in which she stole the nursing license of a registered nurse and used it to obtain a high-paying job as the director of nursing at a Columbus, Ind. rehabilitation facility where she earned more than $100,000 annually.

Prosecutors argued that Whyde devised this scheme to hide her criminal history because that would have made it difficult for her attain such a high-paying lucrative job.

Whyde did – in fact – apply for and legitimately receive a license practical nursing license back in 2007.

U.S. Asst. Attorney Cindy Cho read portions of Whyde’s criminal history in court, which included arrests on theft and fraud charges in Marion, Johnson and Shelby counties dating back to the time Whyde was 16.

Now, 45 years old, Whyde told the judge that she takes medications for mental health treatment but understood the plea agreement. Under the terms, Whyde will spend the next 30 months in federal prison and be required to be under supervised release for two years after her prison term is up.

Prosecutors also allege that Whyde shared the same first and middle name as her victim, Holly Marie Aumick, and used that to her advantage by accessing the state’s professional licensing system online, changing Aumick’s personal information – including her address.

Whyde then used that information to contact Aumick’s college, Governor’s State University in Illinois, where she obtained a copy of Aumick’s college transcript. Prosecutors argue Whyde then used that information to her advantage, helping her secure a high-paying position she could not have earned with her qualifications as a licensed practical nurse.

Reached by phone, Holly Aumick told I-Team 8: “I think her punishment is just. I don’t know if it’s going to change her, federal prison – but I hope it does, gives her some time to reflect on what she’s done.”

Neither Whyde’s criminal past nor her illegal use of the state’s licensing system appear to have been detected by the Indiana Professional Licensing Agency or the Board of Nursing.

Trent Fox, a spokesman for IPLA, told I-Team 8 Thursday that he was checking on those issues and would report back.

The Indiana Attorney General’s Office filed a licensing complaint against Holly Whyde on June 1, 2016. Within the complaint, the attorney general’s office that Whyde lied about her past convictions in 2007 and 2008 when applying to renew her licensed practical nursing license. Those convictions typically would result in a nurse being called before the state’s board of nursing to answer questions and potentially face disciplinary measures.

It’s not clear if Whyde was ever called before the board. Online records show she had never faced a licensing complaint prior to June of 2016 despite having two convictions in both Marion and Johnson counties.

I-Team 8 requested information on why that was the case.

In an emailed statement, a spokeswoman for the Indiana Attorney General wrote:The Attorney General’s Office does not have authority to file administrative licensing actions against license holders with the relevant Board unless someone – a member of the public or other governing/law enforcement body – files a complaint with the Office against the license holder and a subsequent investigation by the Office identifies potential wrongdoing. See IC 25-1-7-4.  In the case of Holly Whyde, she lied on her renewal applications about her arrests and thus these issues were never brought to the AG’s Office, that is until she was recently caught impersonating another license holder. After Whyde was arrested for nurse impersonation in February, the AG’s Office was notified of the incident. After conducting its own investigation, the AG’s Office filed an administrative complaint against Whyde’s LPN license earlier this month. The AG’s Office did not file an emergency petition in this case because Whyde was already arrested and in custody, and thus did not present an immediate threat to the health and safety of the public which is the threshold for an emergency petition. As in other such cases where a criminal component is ongoing, the AG’s Office often allows the criminal case to proceed before taking administrative licensing action as long as there is no immediate threat to public health and safety.

An I-Team 8 investigation last month uncovered how easily nursing licenses can be manipulated. At the time, a spokesman for IA said he could not provide any information about Holly Whyde and noted that there were no pending policy changes regarding license renewals.

When nurses renew their licenses every two years, they are required to fill out a form asking if they’ve faced discipline or arrest since the last time they renewed. If a nurse answers “yes” to any of those questions, it came sometimes result in an appearance before the board.