‘I was in shock’: 8-year-old’s ‘hit list’ worries parents 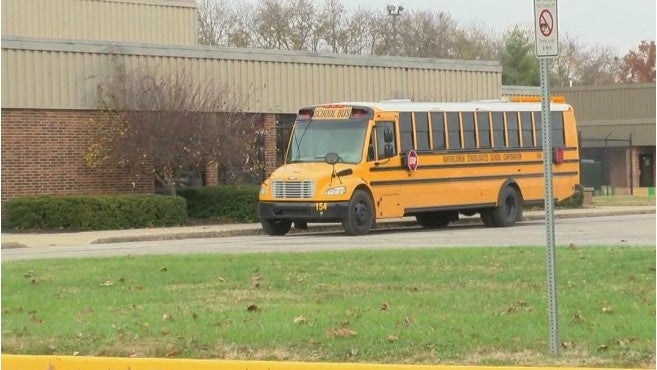 TAYLORSVILLE, Ind. (WISH) — An 8-year-old student has been suspended after making a “death list” and showing it to another student on a school bus.

“I was shocked,” said Taylorsville Elementary School parent Renee Hopkins. “I was shocked that it was an 8-year-old.”

The thought of violence at Taylorsville Elementary shook some parents after they found out a student had made a “hit list.”

“It’s scary,” Hopkins said. “It’s scary no matter whose child it is. It’s scary regardless of what school your child goes to.”

The incident happened after classes Wednesday. School officials say an 8-year-old student showed a “death list” or “hit list” to another student on the school bus.

Police were called, and the student was suspended until a meeting can be held with the child’s family.

“I was really in shock,” Taylorsville Elementary parent Sierra Palmer said. “I was wondering, was the kid in my kid’s class? Did he ride the same bus? Because none of that information was released. Which is probably a good thing it wasn’t. I was just really concerned because I don’t let my kids talk like that. I don’t let them think like that. Nothing around my kids like that.”

Like many parents, Palmer was at Taylorsville Elementary on Thursday evening for planned parent-teacher conferences.

Palmer said, after hearing the news, she feared for her son Aiden, who is the same age as the student who made the list.

“That’s one of the first things I asked my wife,” Palmer said. “I was concerned. I was like was Aiden involved? Who was on the list? What happened? Was the kid in his class? What is going on? I need information!”

Parents told News 8 they were impressed with the swift action of the Bartholomew Consolidated School Corp.

“I was really happy the school notified all the parents and suspended the student for what had happened and was taking action prior to even before notifying us,” Palmer said. “They were really on top of it.”

While the potential threat was caught early, parents worry incidents like this one won’t be the last one.

“I think it’s just a sign of the times,” Hopkins said. “I mean, it seems like they are always hearing about it on the news or through the internet, and sometimes they just think it’s the cool thing to do.”

Leaders with the Bartholomew Consolidated district have not said when a meeting with parents will happen or what other disciplinary measures the student might face.