ICE, sheriff fault each other for woman’s release from Marion County jail 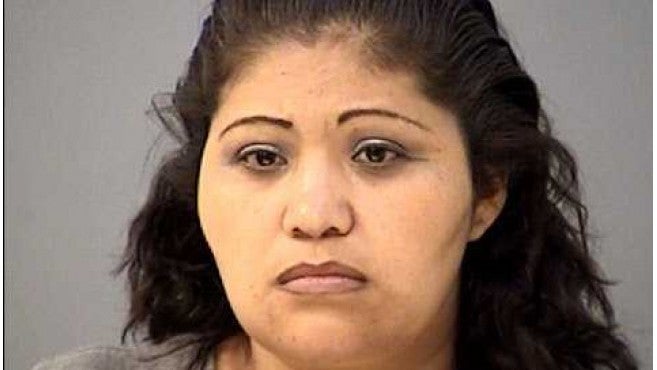 INDIANAPOLIS (WISH) – A battle is brewing between the U.S. Immigration and Customs Enforcement and Marion County over the release of a woman from jail who the federal agency said is an illegal immigrant.

Juana Loa-Nunez is accused of driving and hitting Indianapolis kindergarten teacher Jessica Parks on her way to school Monday.

She made bond Thursday even as ICE went through channels to tell the Marion County Jail that the agency wanted to take her into custody to begin the deportation process back to Mexico. ICE also said Marion County Sheriff’s Office, which runs the jail, did not notify the agency of the release.

Loa-Nunez was charged with leaving the scene of an accident with serious injury and driving without a license. ICE later reported she was also in the United States illegally. The woman she injured, Parks, faces a six-month recovery after being hit.

ICE said it placed an immigration detainer and an administrative arrest warrant on Loa-Nunez to allow federal authorities to take her into custody to start the deportation process.

On Thursday she was released on a $250 cash bond.

Cole’s concern is that Loa-Nunez could flee.

“I just hope that she will do the right thing and stay and take responsibility for what she’s done,” she said.

Multiple immigration attorneys who saw this case said they had never seen a situation quite like this.

“Without any regard for the safety of its citizens, on May 10, Marion County brazenly ignored an immigration detainer and released a Mexican woman from its jail without first notifying U.S. Immigration and Customs Enforcement (ICE).  The woman it released is an illegal alien who is accused of hitting and badly injuring a pedestrian, and then fleeing the scene before being pursued and stopped by conscientious citizens.  Marion County allowed this woman to go free, and she continues to be a danger to anyone else who happens to be on the same road she drives.

“As law enforcement professionals, ICE and Marion County should both have the same ultimate goal in mind — to protect the public by combating criminals and holding accountable those who break our laws.  ICE helps fulfill that role by removing criminal aliens and other immigration violators from the streets, and from the United States.  ICE can do its job more effectively when local officials actively work to protect its citizens by honoring ICE immigration detainers.”

Katie Carlson, a spokeswoman for the Marion County Sheriff’s Office:

“United States Immigration and Customs Enforcement (ICE) recently released a statement blaming the Marion County for the release of Juana Noemi Loa-Nunez from the Marion County Jail. In accord with the ruling of Federal Judge Sarah Evans Barker, and Indiana law, ICE was given four hours notice to take custody of Ms. Loa-Nunez. ICE failed to act in accord with the law by failing to pick up this individual in a timely manner.

“Judge Sarah Evans Barker has ruled that ICE must provide a criminal warrant or a criminal probable cause affidavit for the County to detail undocumented individuals. ICE failed to provide such documentation, despite receiving timely notice. Thus, ICE allowed this individual to go free.

“If ICE wished to challenged the ruling of Judge Sarah Evans Barker, it could have done so. It did not.

“United States Immigration and Customs Enforcement, not the Sheriffs of Indiana, is charged with the enforcement of immigration law. However, Marion County acts wholly in accord with the ruling of Judge Sarah Evans Barker and Indiana law.”