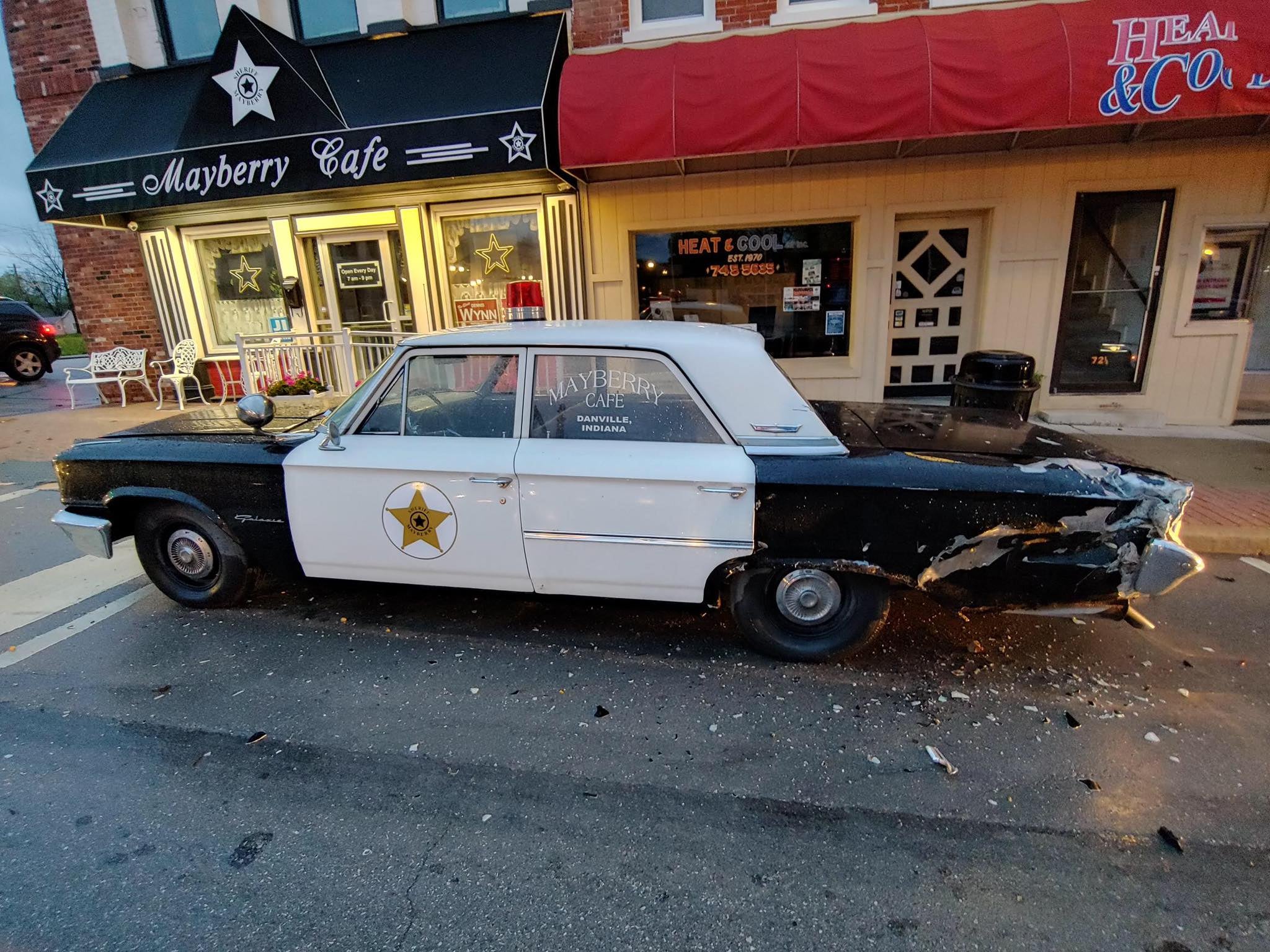 DANVILLE, Ind. (WISH) — An iconic car belonging to a Danville restaurant sustained significant damage Friday morning when, according to police, a woman crashed her car into it.

A passerby called police to report someone had crashed into the car parked outside the Mayberry Cafe, 78 W. Main St, around 4:25 a.m. Friday, the Danville Metropolitan Police Department said in a social media post.

Around 9:45 a.m., police found the driver and car believed to have caused the damage. The suspect was not identified by name, but police said she was a 26-year-old woman from Coatesville.

The suspect was charged with leaving the scene of an accident, a class B misdemeanor. Police believe alcohol was a factor in the crash.