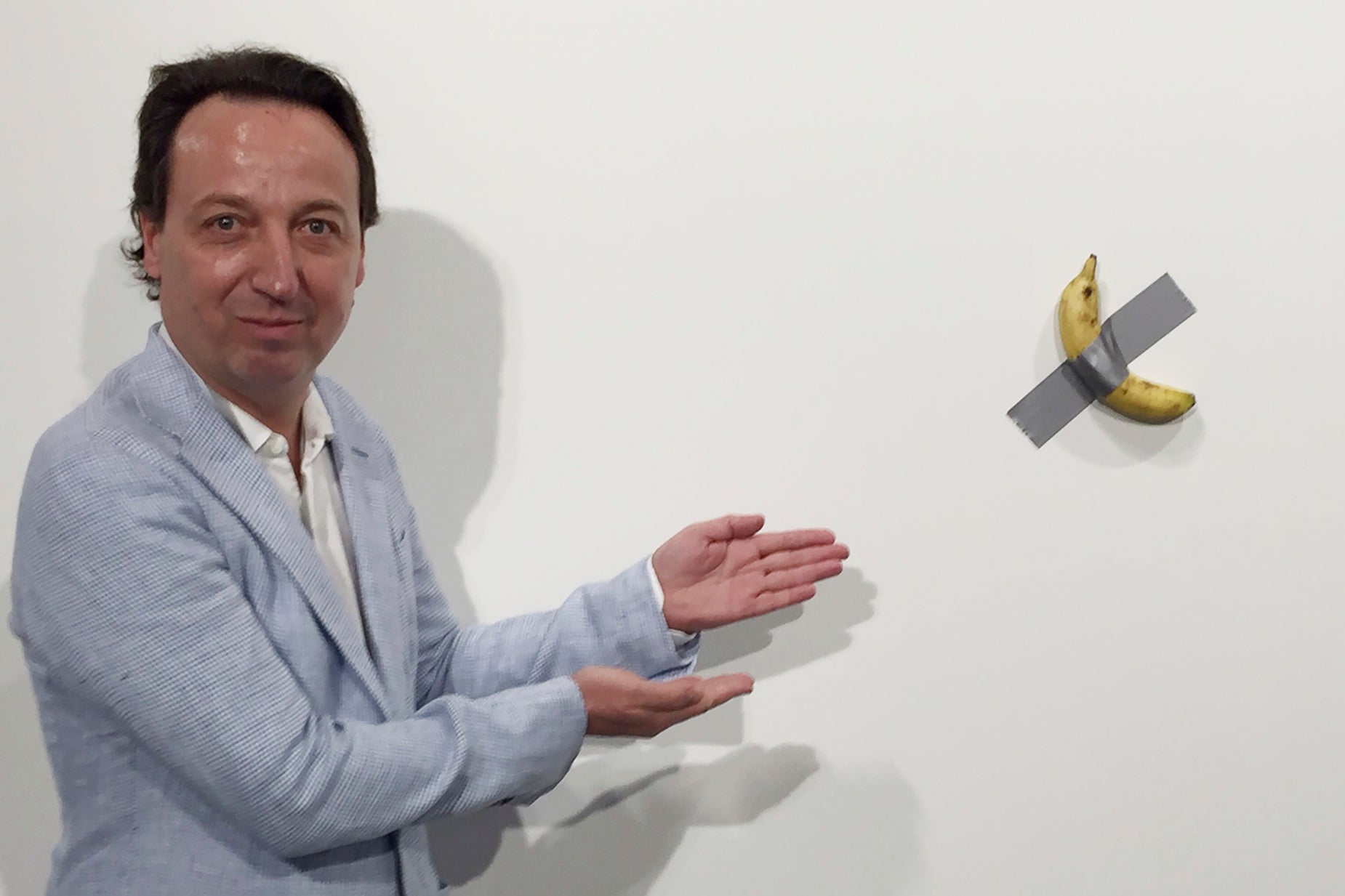 MIAMI (AP) — 3D-printed cocktails, a traffic jam sculpture made of hundreds of tons of sand and more celebrity sightings than a Kardashian Christmas party were all part of over-the-top festivities during the week of Art Basel Miami.

Art collector Wayne Boich hosted a lavish dinner at his home Friday night that included Dan Marino, Dwyane Wade and Chris Bosh. The after-party crowd, including Floyd Mayweather, Hannah Bronfman, and Alesso, watched a performance by Wyclef Jean, who did a throwback to the Fugees with “Ready or Not,” and later brought dozens of girls onstage to dance with him before passing the mic to “Country Grammar” singer Nelly. Rapper 2 Chainz closed out the night.

Across town, rapper Travis Scott didn’t take the stage until 3:30 a.m. at a sold-out performance at 24-hour nightclub E11even. Scott stood on top of the DJ booth tossing dollar bills into the crowd and yelling at partygoers to put away their phones and enjoy the moment.

On the art side, the most talked about work of the week was titled “Comedian” — a spotty banana duct-taped to a wall by artist Maurizio Cattelan.

According to artnet News, two pieces quickly sold for $120,000. The Paris-based Perrotin gallery raised the price to $150,000 for the third piece, which will be sold to a museum. The bananas were bought at a local grocery store and instructions were not given on what to do as the banana ages.

The gallery did not respond to several emails from The Associated Press seeking comment.

The city of Miami Beach commissioned a million-dollar traffic jam by artist Leandro Erlich. It took 330 tons (300 metric tons) of sand to construct 66 life-sized sculptures of cars and trucks stuck in an imaginary traffic jam on the oceanfront of popular Lincoln Road. The installation alludes to Florida’s fragile position in the large universal canvas, touching on climate crisis and rising sea levels.

The Shore Club South Beach also focused on global warming where a 36-foot-long (11-meter-long) floating ice sculpture inside the pool spelled out the words “HOW DARE YOU.” The piece, titled “Climate Meltdown” by artist Rubem Robierb, lasted approximately eight hours.

Bulleit’s novel 3D-printed bar also drew a curious crowd, where guests watched a robotic arm disperse microscopic drops of liquid into drinks in a pre-set pattern. The whiskey maker has printed more than 7,800 cocktails since partnering with a robotics engineer.

On Saturday, G-Eazy performed poolside at the MAXIM magazine party, surprising guests when he brought rapper Wale onstage to perform their song, “Fashion Week,” together.

“We grew up in the projects and now we in a 100 million dollar house rapping about our history,” he told the crowd before pulling Swizz Beatz onstage to perform.

And “Cats” actor Idris Elba, who performs under the name DJ Big Driis, spun tracks along with Diplo at an extremely packed club Basement on Saturday night.