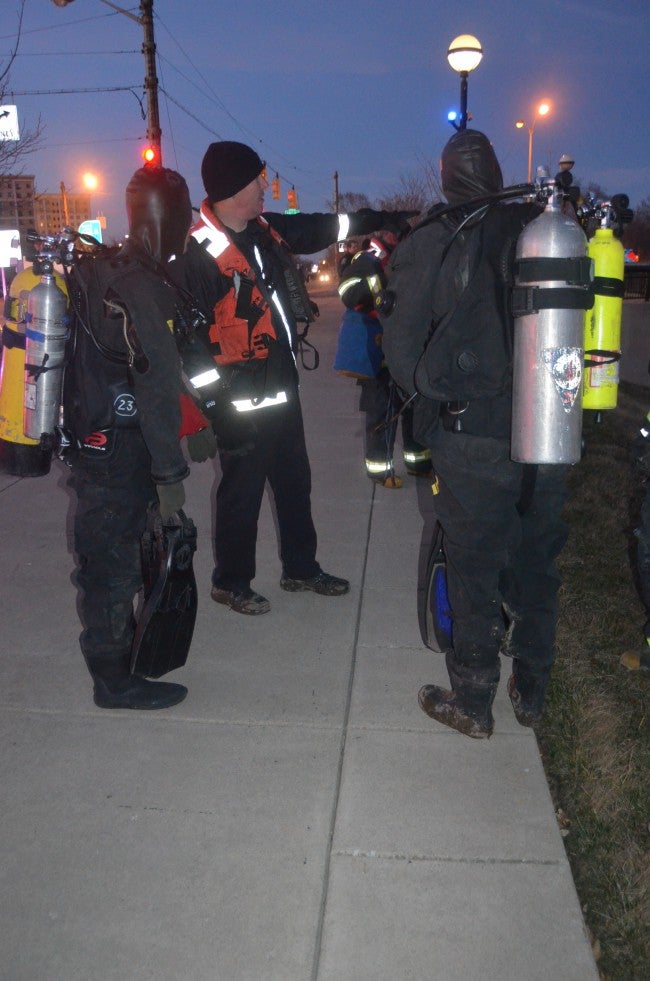 According to witnesses traveling on an IndyGo bus, they saw a person jump from a bridge into White River near 10th Street and White River Parkway West Drive around 7 p.m. The driver of the bus also confirmed she saw a man jump in.

The bus driver stopped the bus for a brief time. That’s when she saw a man in the water and called 911. The driver then left the scene.

IFD searched the area but without credible witnesses at the scene to point to where the man jumped in they were not able to make an exact location of entry.

The driver of the bus was requested to return. IFD was able to pinpoint the location when the driver returned. However, due to weather conditions the rescue effort was to risky for diver to enter the water.

IFD will continue their search around 1:30 p.m. Wednesday. They plan to make additional banks searches along the White River and conduct a boat based sonar search. According to IFD, no divers will enter the water.

Anyone who witnesses a potential drowning or water rescue should stay at the scene. Witnesses are vital to informing IFD of the last known location of a victim and to help with a timely rescue.