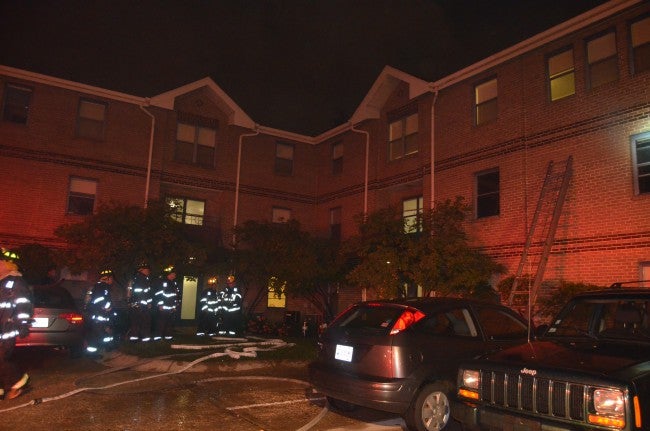 INDIANAPOLIS (WISH) – Crews responded to a call for a fire at an apartment complex just before 11:30 p.m. Saturday.

The fire occurred at the Lockefield Gardens Apartment complex in the 700 block of Lockefield Street.

Officials say they did not see anything coming from the structure after initially arriving on scene.  However, upon further investigation, black smoke was discovered pushing from under an apartment door on the second floor.

Crews believe the fire started after a carpet dryer machine caught fire and then proceeded to melt into the carpet.

According to the Indianapolis Fire Department, the fire was under control within ten minutes.

No injuries were reported, but damages to the complex have been estimated at $50,000.