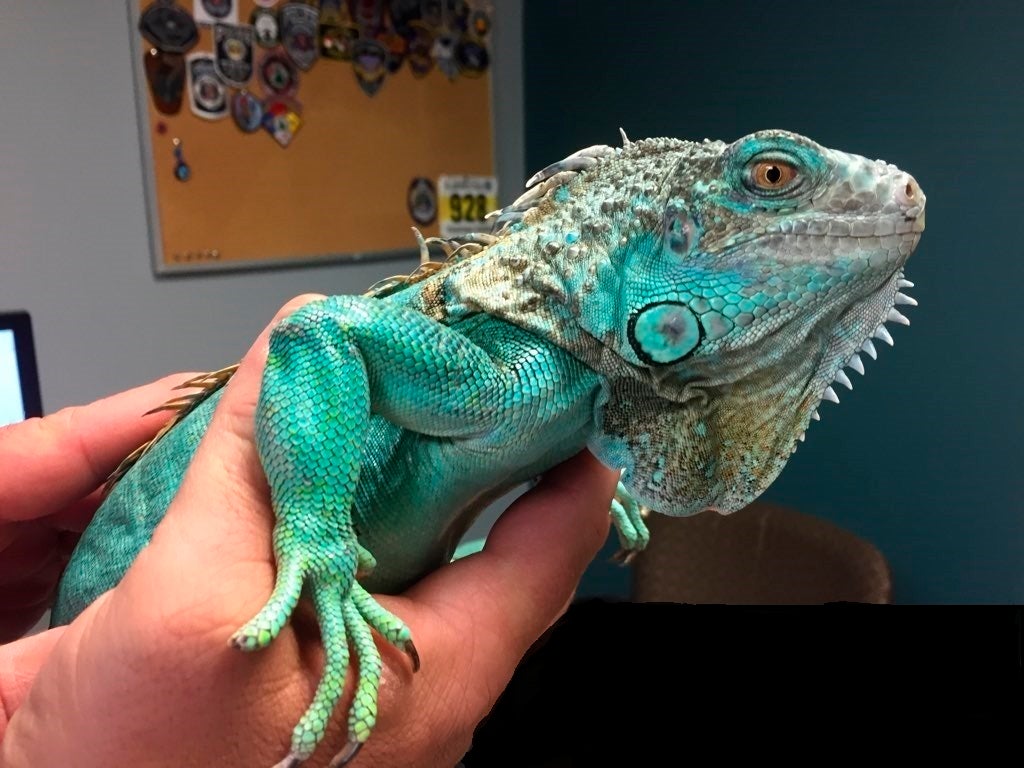 PAINESVILLE, Ohio (AP) — An iguana injured when a man pulled the lizard from under his shirt and threw it at an Ohio restaurant manager remains in protective custody at a humane society that is awaiting court permission to provide medical treatment.

The turquoise female iguana that police named “Copper” has a broken leg, metabolic bone disease and other ailments, Lake County Humane Society officials told WEWS-TV. The animal needs surgery that will cost about $1,600, but that can’t happen until a judge gives approval because the Humane Society is not its owner, society intake coordinator Allison Rothlisberger said Saturday.

The Humane Society is seeking tax-deductible donations to pay for the surgery. Copper is receiving basic care for now to make the lizard as comfortable as possible, Rothlisberger said.

The iguana’s 49-year-old owner has been charged with cruelty to animals and disorderly conduct, both misdemeanor charges.

According to authorities, the man threw a menu at a waitress at a Perkins Restaurant in Painesville on April 16. When a manager intervened, the man removed the iguana from beneath his shirt, twirled it around and threw it at him, police said. Authorities haven’t said what provoked the attack.