IHOb goes back to IHOP 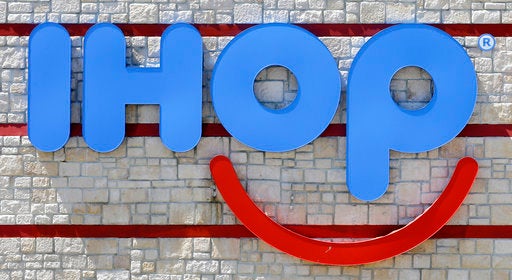 (WISH) — They’re putting the “P” back in pancakes, as in: The International House of Pancakes.

In June, the restaurant announced it was changing its iconic acronym from IHOP to IHOb, first as a mystery and then as a nod to new burgers on its menu.

After less than a month with the new moniker, the company took to Facebook and Twitter on Monday to announce pancakes for 60 cents to celebrate its 60th anniversary, flip the promotional “b” back to a “P” and assure customers, “We’d never turn our back on pancakes (except that time we faked it to promote our new burgers).”

We’re giving away 60¢ short stacks on July 17 from 7a-7p for IHOP’s 60th birthday. That’s right, IHOP! We’d never turn our back on pancakes (except for that time we faked it to promote our new burgers)Posted by IHOP on Monday, July 9, 2018