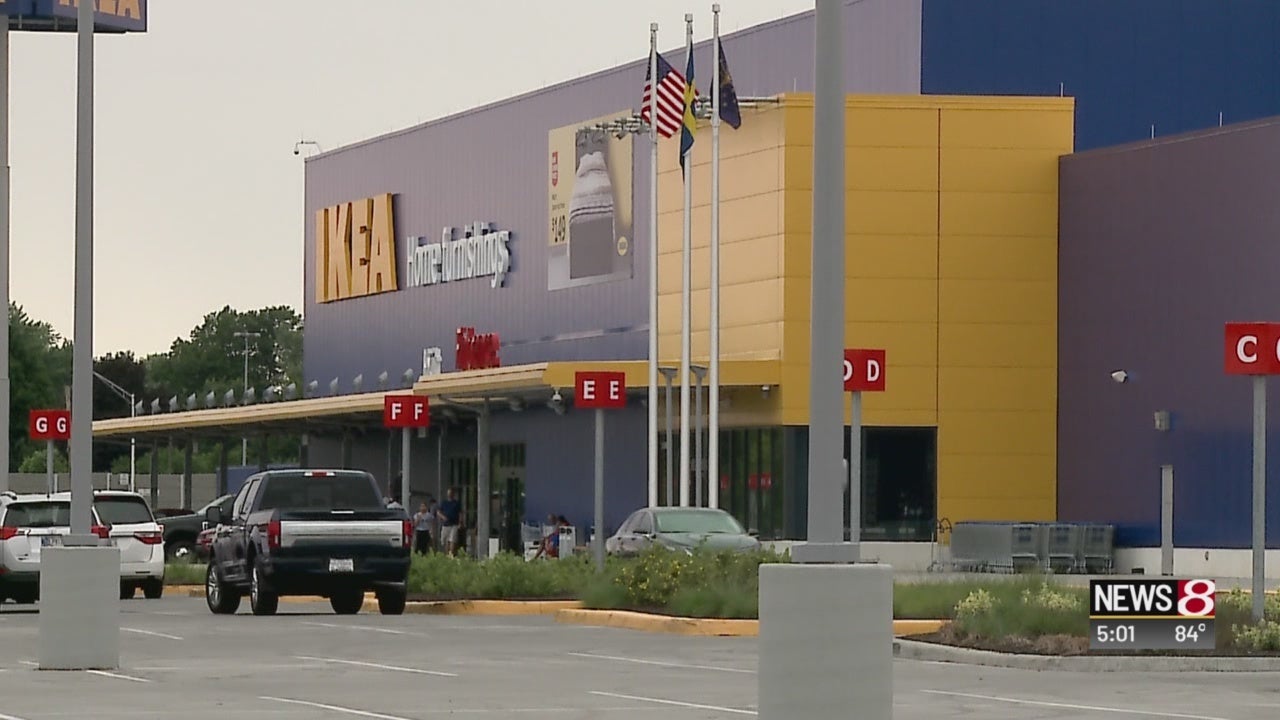 CAMBY, Ind. (WISH) — The Hamilton County prosecutor has charged Francis Wright, 62, with criminal recklessness, asserting he neglected his firearm in an Ikea store resulting in a young boy opening fire.

The charge is a Level 6 felony, the most minor of felonies. The Hamilton County Sheriff’s Office has not booked Wright into jail and could not provide a booking photograph.

The incident occurred Monday afternoon when, according to the arrest affidavit, Wright sat down on a couch inside Ikea in Fishers and crossed his legs. He admitted to wearing shorts with shallow pockets and believed his .380 caliber semi-automatic handgun came out of his pocket and lodged in the couch cushions. Later, two 6-year-old boys sat on the same couch and discovered the gun, and one boy fired it into the couch.

No one was injured in the exchange but the substantial risk of bodily injury to all individuals in the area warranted the charges, according to the affidavit.

Francis Wright’s wife in Camby declined Thursday to comment on the case.

Nearby, gun store employees at Bradis Guns said, while they don’t know the details of the case and were not present during the exchange, they always advise their customers to keep control of their firearms and practice common sense.

“I am not a big ‘pocket carry’ person,” said Sean Straber, an associate at Bradis Guns. “I do not like to carry guns in my pockets because I have things in my pockets.”

Blaine Koons, Straber’s co-worker, said “I think it’s irresponsible. I don’t understand why you would loosely carry a firearm, a loaded firearm, in your pocket on a daily basis.”

The men said this is not the first time this year they’ve heard of a close call with an unattended firearm.

“A couple weeks ago somebody had unholstered a firearm and left it in a bathroom at a local restaurant,” Koons said, “and a child ended up finding it and alerting the proper authorities. Luckily nothing bad happened, but it is upsetting that something like that just happens nowadays.”

When asked about how to safely secure a gun, the employees quickly referred to a variety of holsters that hold the gun securely in place. Straber said the holster should fit so snugly that the gun should stay in the holster when the holster is turned upside-down.

While there are soft-backed pocket holsters designed for concealed carry, Bradis Guns employees said they recommend a more substantial holster.

“I’ve carried a firearm for going on seven years now and I’ve never put it in my pocket,” Koons said. “I have a hard plastic Kydex holster with a plastic trigger guard. There’s nothing can set that firearm off incidentally but me.”

Francis Wright’s next court date is set for July 11 in Hamilton County.

An Ikea spokesperson provided a statement on the incident Monday, saying the company has a ‘no weapon’ policy and that Ikea employees “took the action they were trained to do to ensure the safety of customers”:

“We take this incident very seriously and we have offered the family of the child involved our sincerest apologies. Safety and security of customers and co-workers is the top priority for IKEA. We have processes in place to ensure that the store is safe for customers and co-workers.  For example,  our store team has regular safety walks and audits which happen before, during and after opening hours. In addition, IKEA has a no weapon policy in our locations to prevent exactly these types of situations.  As soon as we were aware of the situation, our co-workers took the action that they were trained to do to ensure the safety of customers.  We are cooperating with police as they investigate this incident.”