‘I’m a white, clean girl’: Woman lists reasons why she shouldn’t be arrested 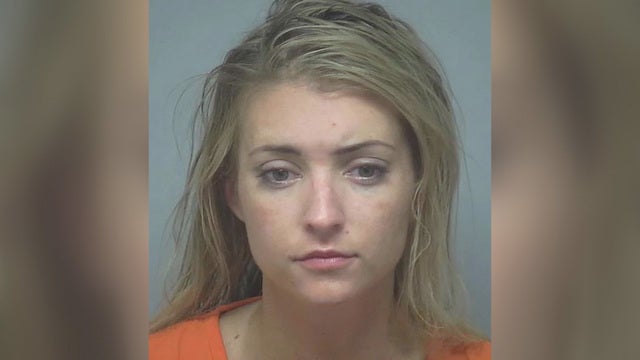 BLUFFTON, S.C. (KRON) – A South Carolina woman who was allegedly pulled over for running a stop sign at 60 mph told police they shouldn’t arrest her because she’s a “very clean, thoroughbred, white girl,” according to a police report.

The attempts of the woman, identified by the New York Post as Lauren Elizabeth Cutshaw, were unsuccessful and she was arrested on charges of speeding, disregarding a stop sign, simple possession of marijuana, driving under the influence, and possession of drug paraphernalia, police told the Post.

Cutshaw was pulled over Saturday just before 2 a.m. in Bluffton, South Carolina, where she told police she had two glasses of wine, according to a police report obtained by the Island Packet.

“I mean I was celebrating my birthday,” Cutshaw told police.

Cutshaw didn’t end it there, though.

She gave officers more reasons as to why she shouldn’t be arrested, including:

“I’m a white, clean girl,” Cutshaw said, according to the report.

“Making statements such as these as a means to justify not being arrested are unusual in my experience as a law enforcement officer and I believe further demonstrate the suspect’s level of intoxication,” the report said.

The officer noted that Cutshaw, who had a blood-alcohol level of 0.18, failed sobriety tests and had bloodshot eyes.

She was also slurring her words, according to the report.

Cutshaw was later booked into the Beaufort County Detention Centre.