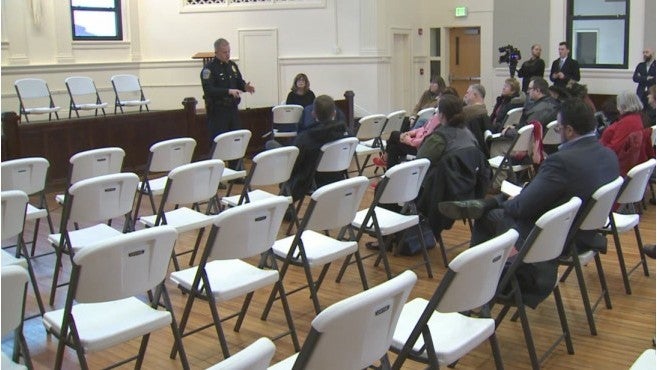 Officers answered questions as they work to launch a potential body camera program across the city. The goal is to identify attitudes, expectations and concerns about body cameras.

Earlier this month, the city announced it will test out several different types of body cameras for 60 days.

Shreve said, “Some of the rookie mistakes have been made. We can learn from those without repeating them.”

“It will make a difference in public safety. … We’ve gotta figure this out.”

The next listening session will be at 5:30 p.m. Tuesday at the Irsay Family YMCA at CityWay, 430 S. Alabama St.