IMPD credits beat system with weekend round up 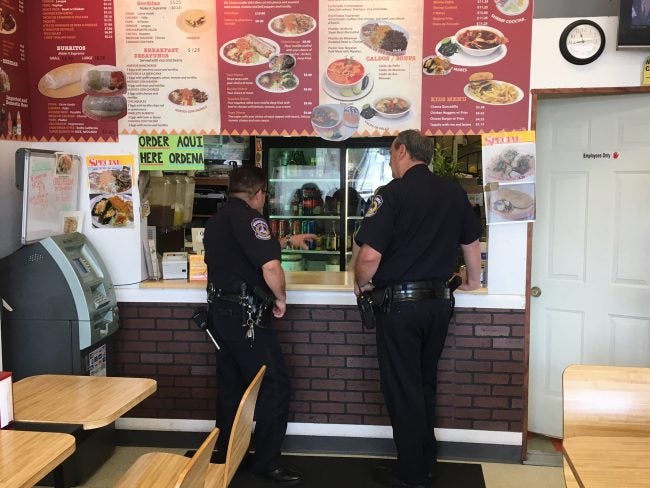 Over the weekend police arrested 26 people in a sweep. 150 local, state, and federal officers took part in the operation.

The round-up was dubbed Operation First Step. They said it was only possible because of the steps they take everyday.

“We’re here for good and bad so if we can help you we will and celebrate the good things too,” said Southwest District Commander Michael Spears while walking the Haughville neighborhood Monday afternoon. “There hasn’t been a place that we’ve been today where they haven’t seen officers already, where they don’t have a relationship with officers, and that’s the kind of thing we want to continue within the district.”

“As much contact as we have with the community is better for us because they’re more open to let us know what’s going on in their community and knowing that information helps us keep the crime down,” said Officer Carlos Trincado.

The beat system started after Mayor Joe Hogsett took office in January. But with the raids complete, they said they’re looking to the root of the crime.

“This is short-term, that’s what happens when you do something like this, but we’re looking at long-term success, so we need to keep the pressure on the police department and we’re never going to be successful if we don’t have the community support,” said IMPD Chief Troy Riggs.

One of the places they visited Monday was La Posado Mexican restaurant on Washington Street.

“Thank you, thank you for taking care of us,” said Marina Robledo, restaurant owner. “We never know what’s going to happen, so we’re glad for people like them.”

“Building trust, that’s the main thing and that’s what we’ve been working on in the southwest district,” said officer. Trincado.

And with the summer here, officials said there will be more beat patrol.

“It’s time to send a very important message to those who do want to sell and trade in guns in acts of violence or pursue the drug trade, that they know very clearly that they may be coming because IMPD is going to be watching,” said Mayor Joe Hogsett.

IMPD said they’ll have increased patrols on the weekends this summer.

They also said they’d have more of these raids over the next few months.