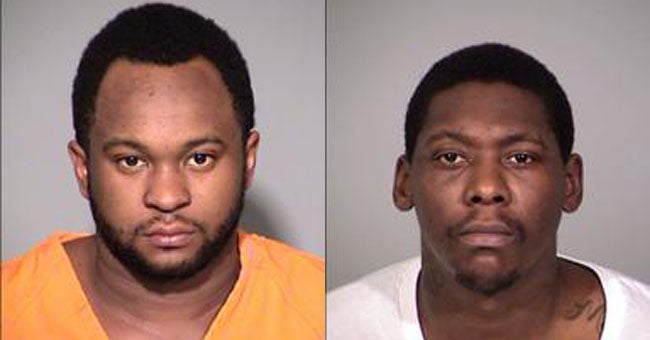 INDIANAPOLIS (WISH) – Two suspects have been identified in the Saturday Kenwood Ave. shooting.

The Indianapolis Metropolitan Police Department have identified the two suspects involved in the shooting that occurred on the 2300 block of Kenwood on Jan. 10. The suspects are Andre Taylor, 32, and Donte Jones, 23, both from Indianapolis.

Both Taylor and Jones have been preliminarily charged with robbery. The final charging decision will be determined by the Marion County Prosecutor’s Office.

According to the original report, officers were involved in a shootout after responding to a robbery just after 2 a.m.

After arriving on scene police discovered two injured victims who were taken to IU Health Methodist Hospital in good condition.

Police then noticed two male suspects running out the back door, at least one suspect began shooting at the officers chasing.

Police returned gunfire, hitting one of the suspects. The second suspect continued running, but was soon captured.

No officers were hurt during the shootout.  The injured suspect was taken to Sidney & Lois Eskenazi Hospital in good condition.

Police are investigating and are asking anyone with information about this incident to call Crime Stoppers of Indiana at (317) 262-8477.