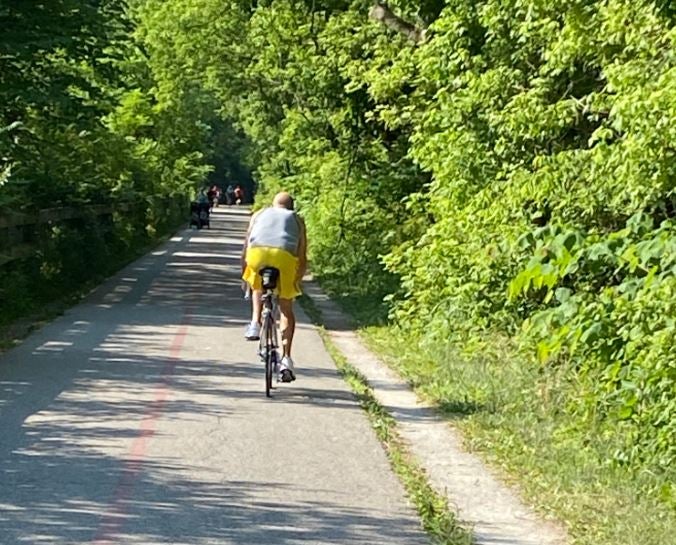 INDIANAPOLIS (WISH) – The Indianapolis Metropolitan Police Department is investigating an assault that occurred on the Monon Trail over the weekend.

Police said on June 20, officers were called to the Monon Trail, in the area of 75th Street and Westfield Boulevard for a report of a hit-and-run involving a bicyclist.

Once on the scene, officers discovered a bicyclist had been injured after he was violently knocked off his bike. The bicyclist was transported to the hospital for treatment.

IMPD is asking for the public’s help in identifying the person of interest, who is known to travel the Monon Trail on a regular basis. Police said the suspect was described as wearing yellow shorts, a gray sleeveless shirt and white tennis shoes.