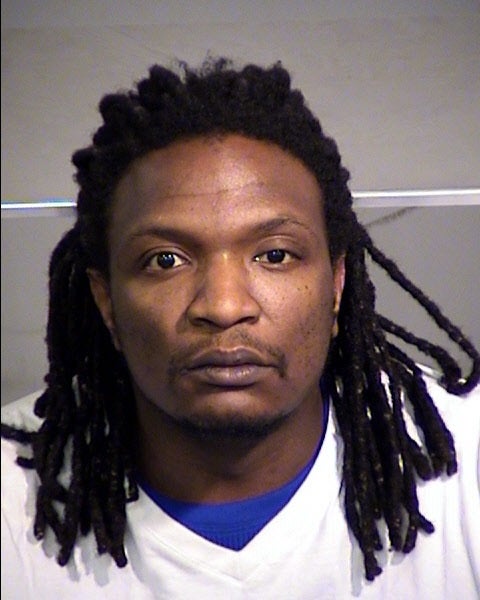 INDIANAPOLIS (WISH) – The Indianapolis Metropolitan Police Department says a nearly two-month investigation has led to the arrests of violent offenders.

According to IMPD, 29-year-old Ronald Graham, Devin Price, 28, 27-year-old Phillip Jones and Brian Grimes, 28, were all taken into custody.

Police said that Graham, who began selling heroin to an undercover officer in Jan., was stopped in the 2100 block of North Emerson Avenue. Price was with Graham at the time of the stop.

During a search of the vehicle, police discovered two handguns. Additionally police found about five grams of cocaine, less than 30 grams of marijuana, close to 30 Vicodic pills and three OxyContin pills on the two men. Both were then placed under arrest and taken into custody.

Graham had previously been convicted of attempted murder, carrying a handgun without a license and robbery resulting in serous bodily injury. However, the convictions were vacated due to a post-conviction relief ruling. The attempted murder case was set to go under retrial in March 2017. He also has a number of past drug and gun arrests.

Police say that Price was on federal probation for drug dealing.

Soon thereafter, related to the investigation, a second traffic stop was conducted. During that stop, police say Grimes was found to be in possession of a small amount of cocaine and marijuana. It was also discovered that Jones was a fugitive out of Minneapolis, Minn., wanted on first degree residential robbery.

Graham, Price and Grimes face a number of preliminary charges. Jones was taken into custody for first degree residential robbery out of Minneapolis.