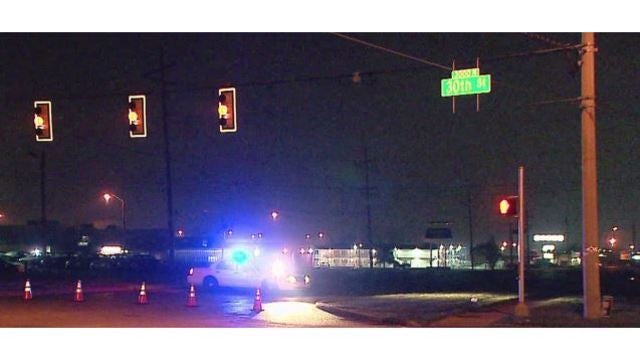 INDIANAPOLIS (WISH) – A vehicle involved in a deadly hit-and-run has been located, according to the Indianapolis Metropolitan Police Department.

IMPD says they have found the 2003 Chevy Astro van connected to a hit-and-run in the 2500 block of Shadeland Avenue just before 1 a.m. on April 25.

As the days progressed, police were working to connect clues to the suspect. One day, detectives got a break. It came in the form of a resident who flagged officers down and told them that Edgar Castillo-Recinos may be their guy.

After researching the tip, detectives found the vehicle they believe hit Gooch. They have since located that 2003 Chevy Astro van.

While the vehicle was located, Edgar Benjamin Castillo-Recinos, who is thought to have been driving the van, was not found. Detectives are currently searching for Castillo-Recinos.

Castillo-Recinos is known for doing construction work in Indianapolis and Carmel.

A witness found 33-year-old Bronson Gooch, who had been struck, in the middle of the street around 12:45 a.m.

Police said Gooch was hit was riding his bicycle south on Shadeland Avenue near 30th Street on the east side.

At the time, Gooch was transported to Sidney & Lois Eskenazi Hospital in critical condition, However, he later died as a result of his injuries.