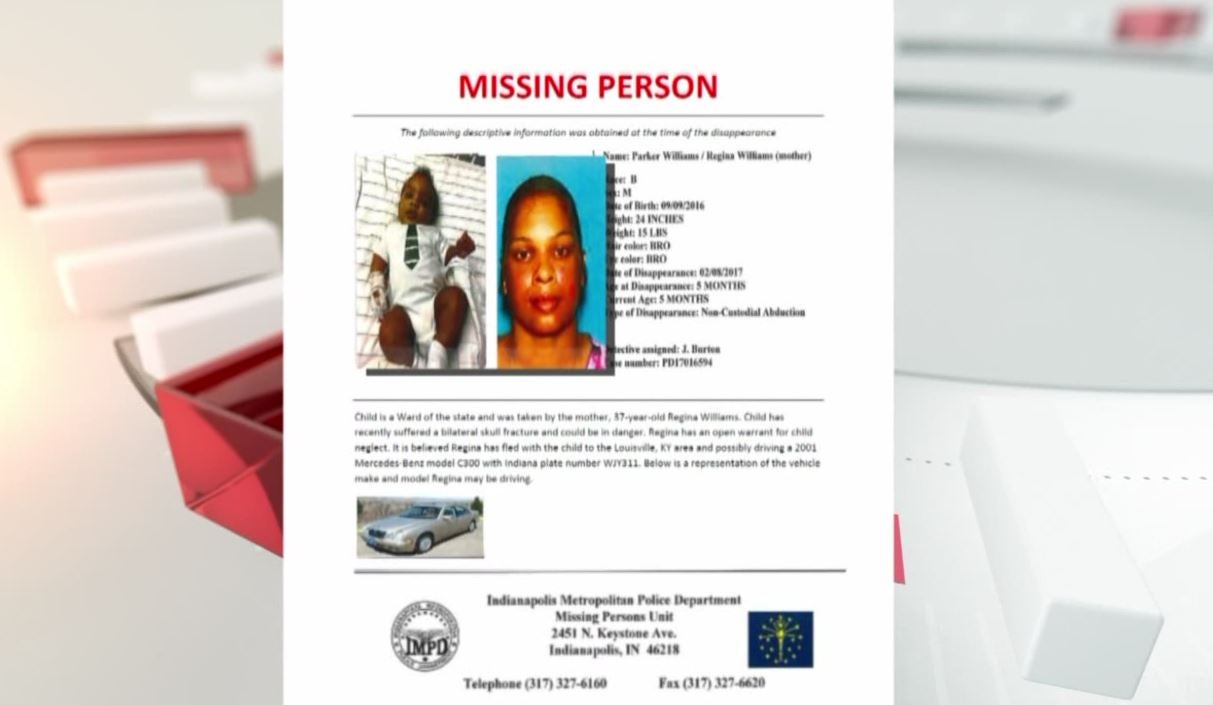 INDIANAPOLIS (WISH) – A 5-month-old child is missing and his mother is believed to be the one who took him. His mother, 37-year-old Regina Williams has an open warrant for child neglect.

The child is believed to be in danger after recently suffering a skull fracture. Police are asking for any help finding 5-month-old Parker Williams and his mother.

Police say Williams brought the baby into the hospital for a skull fracture. The Indianapolis Metropolitan Police Department child abuse detectives believed it was a neglect issue not an accident.

They say the baby has been missing since last Wednesday.

When police went to get the child, both Williams and the baby were gone. Police also say they have credible evidence she fled to Louisville and contacted the Kentucky State Police for help. Right now, an Amber Alert has not been issued in Indiana. Police say they won’t do that because of credible evidence Williams is out of state, and out of IMPD jurisdiction.