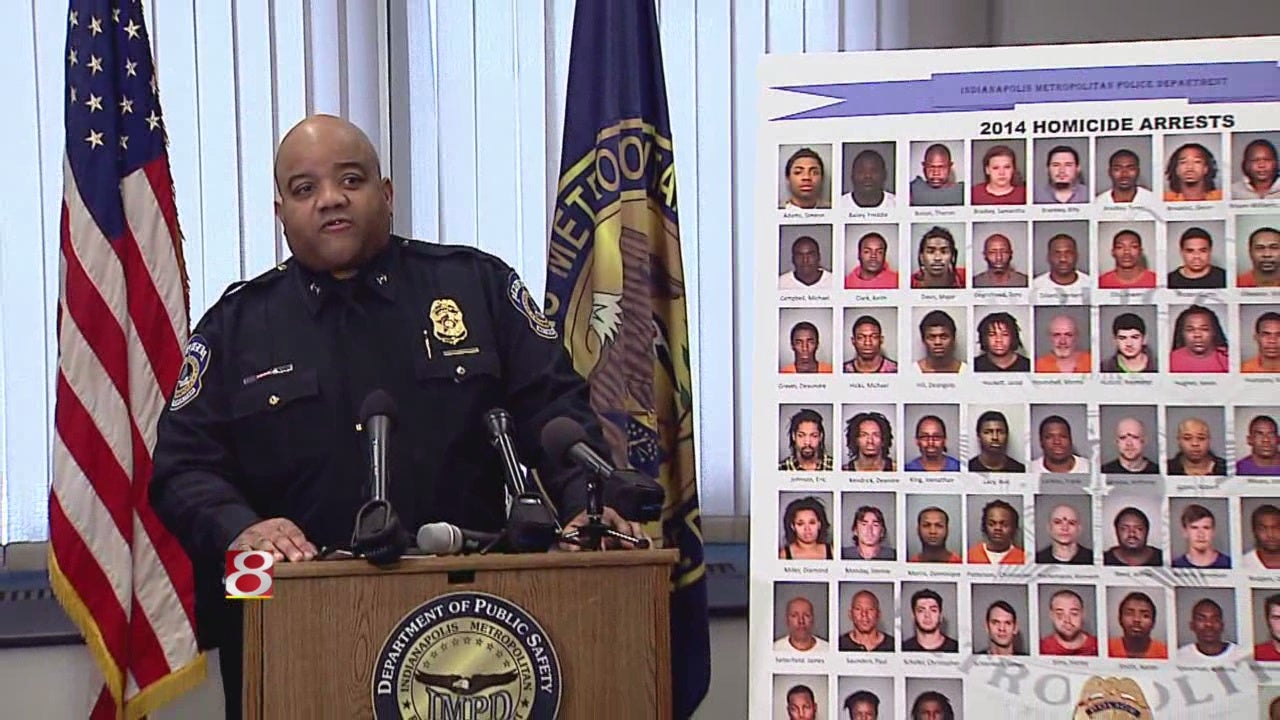 INDIANAPOLIS (WISH) – Indianapolis Metropolitan Police Chief Rick Hite will tout some of the department’s successes over the past the couple of months. During a Thursday news conference, Hite will showcase how those living a life of crime can get out of that lifestyle.

Over the past couple of months the department has made several high profile arrests.

Earlier this month police announced a murder charge against Willie Wilson. In August 2014, Wilson told police his infant son had been ripped from his arms by kidnappers. After a detailed investigation police did not find the baby, but later officers determined that Wilson was responsible for his son’s death.

Officers also arrested Richard Grundy III, a man accused of leading a murderous crime ring in the city. Grundy and five of his associates were arrested after being accused of firing shots at officers.

On Jan. 28, detectives arrested a fourth person in connection to the deadly explosion in the Richmond Hill neighborhood on the south side of Indianapolis.

Just before Thanksgiving, homicide detectives solved a murder mystery involving the body of Dominique Allen. A neighbor discovered the badly burned body of the 15-year-old near a vacant home. After a long investigation police used DNA evidence to arrest 46-year-old William Gholston with her murder.

“We are seeing some traction, and some convictions and some longer term sentences,” said Hite.

24-Hour News 8 will attend the newsier this afternoon.

Hite believes these recent cases showcase the department’s determination to take criminals off the streets.

“It encourages others to get out of the game without going through the criminal justice system,” said Hite.