IMPD: Man found shot in near north side apartment 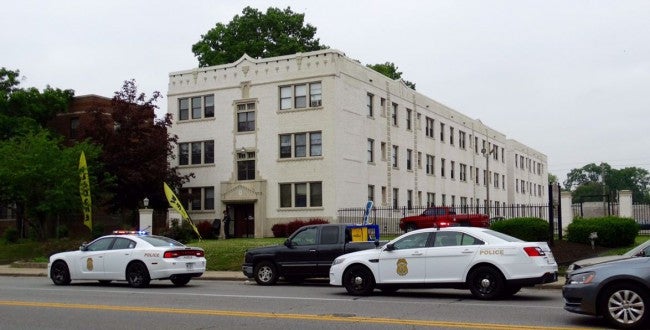 INDIANAPOLIS (WISH) – A man was badly injured in a shooting on the near north side of Indianapolis Wednesday morning, Indianapolis Metropolitan Police Department officials said.

It happened in the 3300 block of North Meridian Street around 9 a.m. at the Magnolias Apartments.

According to police, the victim’s roommate saw a slightly opened door to the second floor apartment and then discovered the man laying on the ground. There was no forced entry to the apartment, according to investigators.

Police said Kluth was shot at least once in the neck. He was transported to IU Health Methodist Hospital.

Detectives don’t believe the incident was a random act. It’s likely the victim knew the suspect or suspects. Police say a motive is also not know at this time.