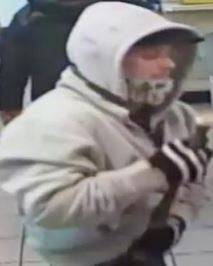 INDIANAPOLIS (WISH) – The Indianapolis Metropolitan Police Department is searching for a robbery suspect.

The suspect then fled the scene of the crime in a blue or gray sedan.