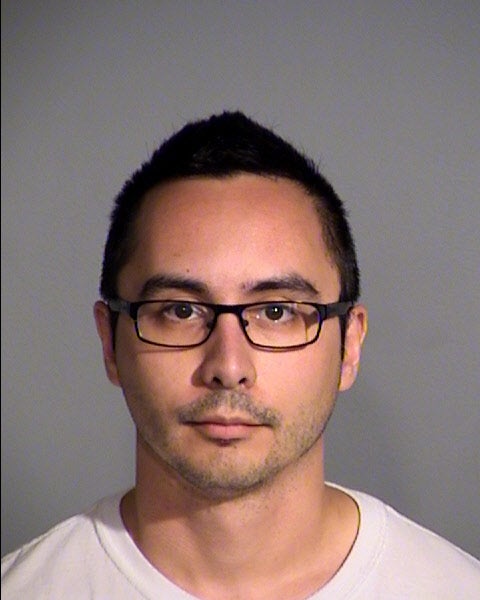 INDIANAPOLIS (WISH) — An officer with the Indianapolis Metropolitan Police Department has been arrested amid domestic battery allegations involving his child and estranged wife.

Officer Daniel Bullman, a 10-year veteran with IMPD, has been charged with eight felony crimes and five misdemeanors.

Court documents show a series of violent incidents involving his estranged wife, Erin Bullman, over the course of more than two years.

Erin also said that he hit her two times in front of their children in 2013, leading them to separate.

In addition to being accused of beating his wife, court documents detail an incident in the first half of 2013 where Bullman put a gun to the head of his daughter was asleep. Erin Bullman said the gun was his IMPD duty weapon. Erin told a friend that Daniel said “you know I could end her right now.”

During race weekend in 2013, the Bullmans were throwing a party with friends. During an argument upstairs, Daniel allegedly told Erin to get on her knees and bark like a dog.

In August or September of 2013, Erin said that Daniel hit her while driving in a vehicle. Their children were in the backseat. She got out of the car and was then pushed down. He allegedly told her to “get up and fight.”

In July of 2014, Erin said he straddled her and punched her in the face following an argument. She said he told her she needed to fight back. She eventually ran out of the house barefoot, stating that she started heading towards the Speedway Police Department on West 16th Street. She says that when she arrived at the police department, he pulled in next to her. She said she didn’t go inside the police department out of fear. Erin said that he stated words to the effect of “I’m the police. What do you think they’re gonna do? They’re not gonna do anything.”

Erin said that the July 2014 incident was the worst beating that she had received at the hands of her husband. Two months prior, Erin said that Daniel placed a gun to her head during another argument.

In May 2015, Erin said that Daniel beat her in a Washington, D.C. hotel room while there for police week. He allegedly threw her against a wall and questioned where she had been. She stated that she had been at a bar with friends.

Bullman is accused of the following crimes:

On May 9, Erin received a text message from Daniel stating “Right now I’m only interested in going to Amos and Olmos and putting a bullet in their heads. I’m furious. This Dept. failed…..This city needs more dead cops.”

The Amos and Olmos mentioned in this message are officers with IMPD.

Erin Bullman field a protective order against Daniel on May 10.

Bullman was suspended by Chief Troy Riggs on May 11. He has been recommended for termination.