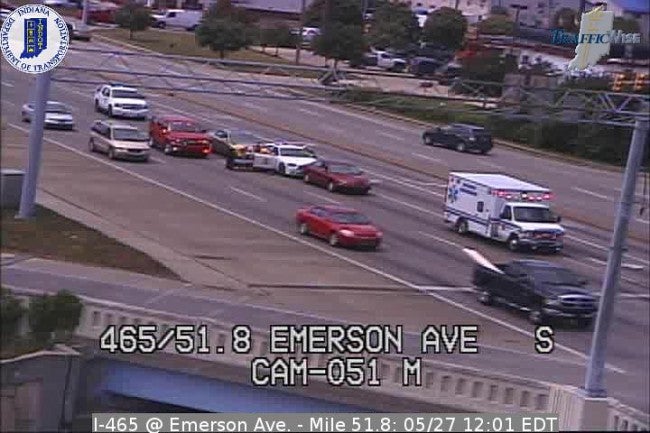 INDIANAPOLIS (WISH) – An Indianapolis Metropolitan Police Department officer was involved in a crash on the city’s southeast side Wednesday morning, IMPD officials said.

It happened in the 4400 block of Emerson Avenue, near Interstate 465, shortly before noon. Officials say the officer was in his police vehicle at the time of the crash.

INDOT cameras near the scene showed at least two other vehicles involved in the crash.

An ambulance was also on scene, but it’s unclear if anyone was hurt.