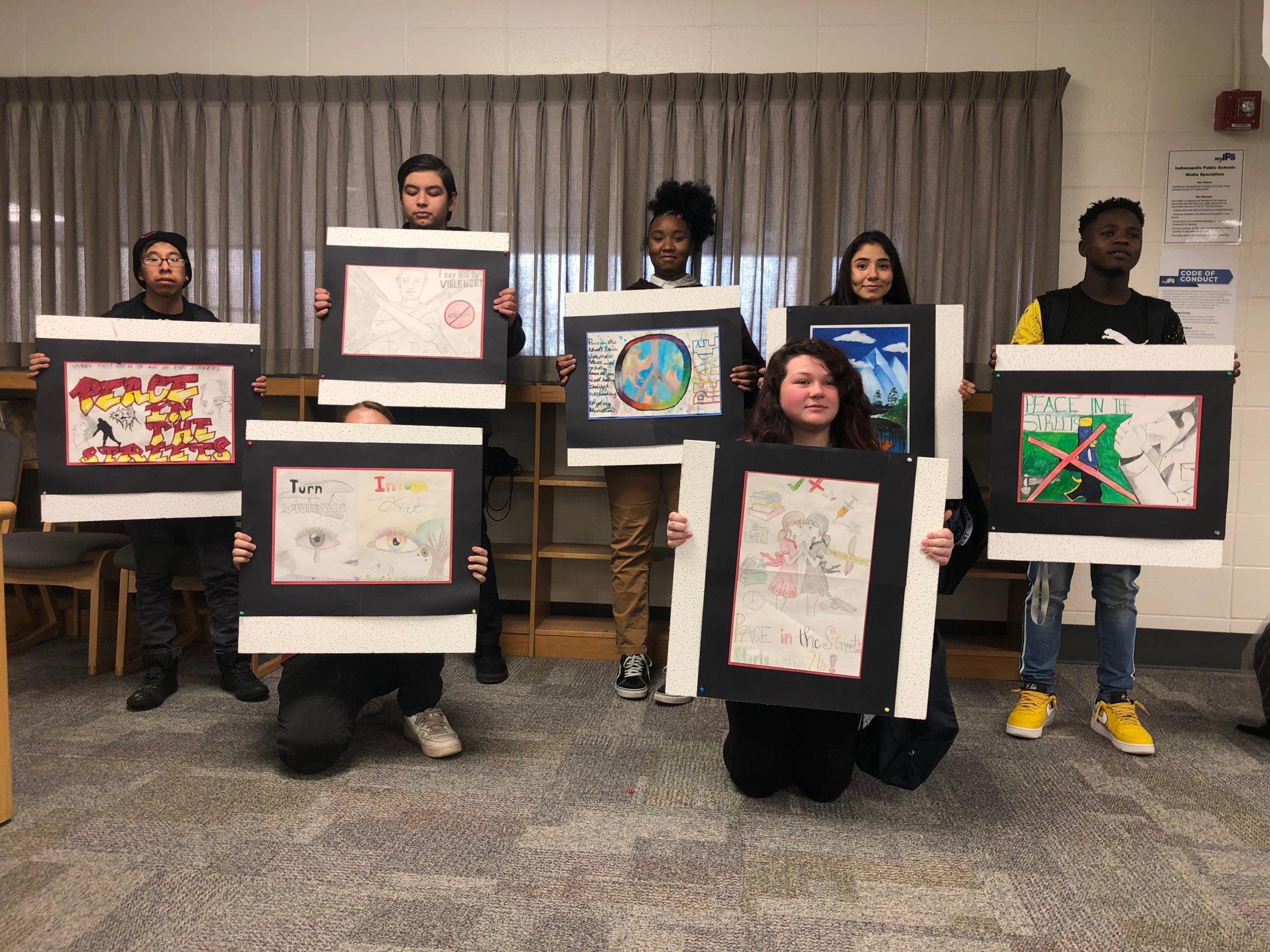 That’s the name of an art project that was developed through the partnership of an Indianapolis Metropolitan Police Department officer and a local art teacher.

People behind the project hope to bring light to the serious problem of young people being killed in shootings.

Iris Ferris, a community resource officer with IMPD Southwest District, has made it her mission to help create change.

“With the rise of gun violence, especially with the victims and suspects getting younger, we want to reach them,” said Ferris. “I feel like art is a way to express one’s self.”

Wendrel Price teaches art at the high school and has been a part of Indianapolis Public Schools for five decades. The idea for “Peace in the Streets” was sparked from a conversation he had with Ferris with one goal for the kids.

“To get the kids’ input on what they thought about what do the streets really mean to you,” Price said.

In the beginning, Price and Ferris only hoped for a handful of volunteers, but before they knew it they had a competition on their hands. Forty-eight students entered the “Peace in the Streets” contest.

“I just want to open up their minds to different things because art can lead you to so much,” Ferris said. “It can lead you to murals, it can teach you to do drawings, doing architecture and I just wanted to open their eyes to the possibilities.”

Twelve finalists were chosen, in a vote, by students at the school. A first, second and third-place winner was selected from each grade level.

“We didn’t pressure them at all,” Ferris said. “It was all on their own so it was wonderful.”

From the freshman to the senior class they knew hitting home with this message was urgent.

“At that point they make a lot of decisions on their own and they think about consequences,” Price said.

Joselyn Hammond is only a freshman, but like many of them she knows the pain of those consequences all too well after losing more than one friend to gun violence.

“I have a lot of friends that died this year and one of them he did go [to school] here,” Hammond said.

This competition was just the outlet she needed, as she continues to deal with the pain of her loss.

“For him not to have his life today, I feel like it’s something I can be in for him, not only for him but for myself,” she said.

Hammond is using her art to heal, inspire and to heal others.

“It can show you can lose a friend but why mourn for the rest of your life when you can do something like this,” she said.

She also hopes “Peace in the Streets” honors the memories of her lost loved ones.

“I’m here and I can be their voice for peace,” Hammond said.

That’s the message organizers of the project want to hit home and eventually all over the city of Indianapolis. They hope to incorporate the contest in the other major IPS schools in the city for years to come.