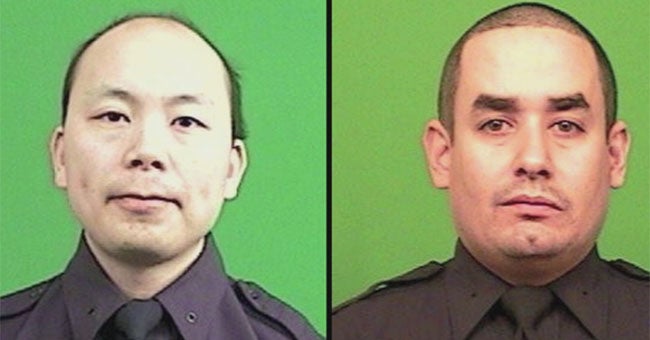 INDIANAPOLIS (WISH) – Hundreds of officers from across the country paid their respects to a New York City police officer Saturday, who was killed in the line of duty last month.

The funeral for Officer Wenjian Liu will be held Sunday and two IMPD officers will be there.

“My going on this trip is bringing the thoughts and prayers and support of the city of Indy and citizens of Indianapolis with me,” said Lt Brian Churchill.

“I expect it to be although somber, a very unifying, a very gratifying experience,” said Hofmann.

They say they know that, because they dealt with the same emotion six months ago when officer Perry Renn was killed on duty.

“When you attend a police officer’s funeral who was killed in the line of duty and you see patches and badges from other departments from across the country it really sends a fantastic feeling of support to those officers and family members of the deceased officer,” said Hofmann.

“It will be a time to reflect, a time to think about things that happened in the past, what we can do currently and in the future to prevent those things from happening again,” said Churchill.

Officer Lui and his partner Rafael Ramos were killed two weeks ago in their patrol car in Brooklyn.

“The profession of law enforcement has been scrutinized significantly this year and for us to be able to go out to Brooklyn to attend this funeral, in my opinion it shows everybody there that not IMPD and DPS in Indy but really all the citizens of Indy support and appreciate law enforcement and the sacrifices of police officers across the country,” said Hofmann.

The two will return from New York on Monday, they were able to go because Jet Blue offered free airfare to officers attending the services.