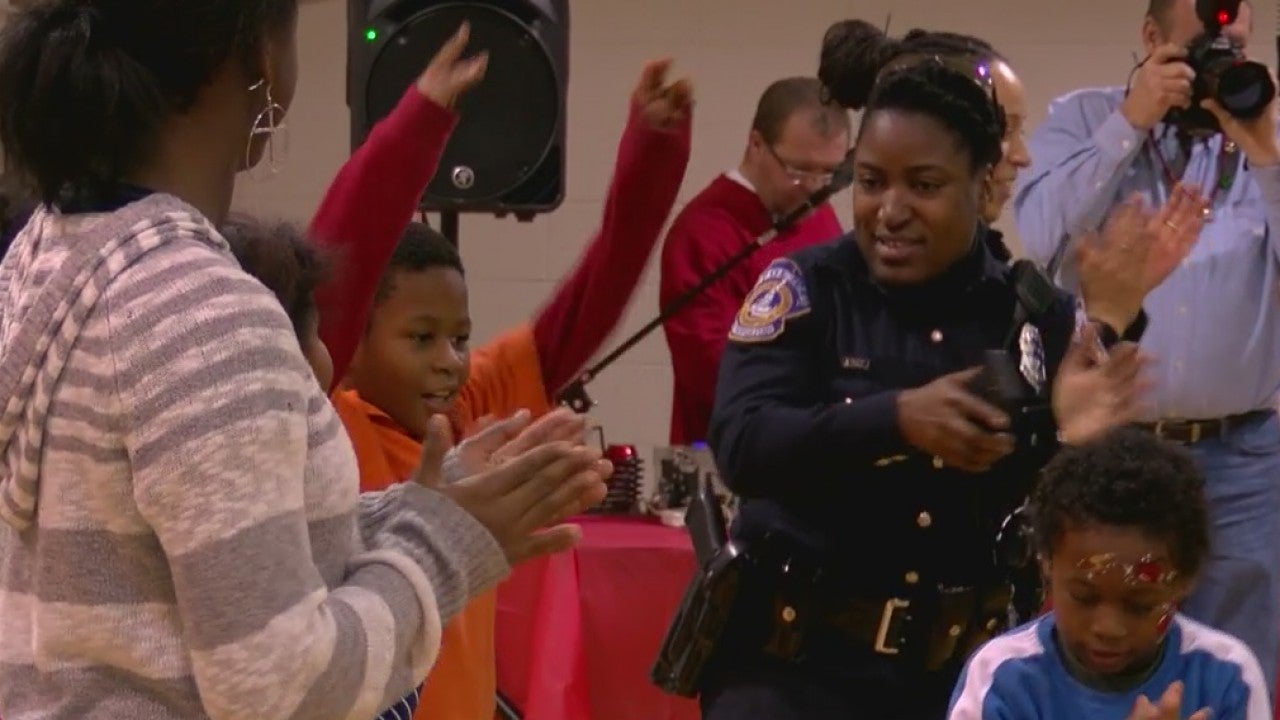 The event is in its 29th year and it is aimed at supporting local children during the holiday season.

The day began at JTV Hill Center, where the kids met with an officer and rode in an escorted caravan to Castleton Square Mall.

The kids were gifted everything from new coats and gloves to new hats and sneakers.

IMPD officer Micki Rhynearson said she enjoyed her time with the kid who tagged along with her and was able to play cop for day.

“The kid that I’ve been with has been jacked up all day long,” said Rhynearson. “I let him speak on the PA to every single person we saw on the street. So he had a blast playing with the lights and sirens and speaking to everyone on the street today, and playing police officer for a minute.”

The kids also took part in dance battles, face paintings and a surprise visit from Santa.

This year marked the 29th year for the event.