IMPD: Parties that led to shooting did not have proper permit 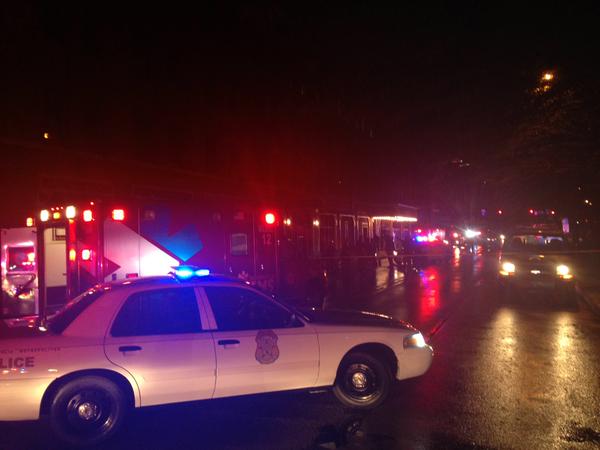 Hundreds of teenagers attended two events that were hosted inside. Both were highly promoted over the Internet, mostly on Facebook and Twitter.

Many parents wanted to know why 500-600 people, a large majority of them underage, were held in a room that is only supposed to hold 350.

According to the Indianapolis Metropolitan Police Department report, 32 officers responded when a witness called 911 saying shots were fired into a crowd of people in front of the venue.

IMPD and the Indianapolis Fire Department say they kept everyone upstairs for safety. They also mentioned Walker Theatre’s management didn’t check to see if the required permit was filed.

Parents who were waiting for an hour-and-a-half before the juveniles were released say the venue’s staff members turned their heads to the breach of code enforcement.

“Folks need to get a city permit to have an authorized party that will have attendees under the age of 21. There are certain restrictions and zoning issues that need to be reviewed before a big event to ensure the public’s safety,” said IMPD Sgt. Kendale Adams.

We at the Madame Walker Theatre Center are deeply saddened by the recent shootings near the Walker. Our prayers and thoughts are with the victims, their families, and those who witnessed the incident. This act of violence is unacceptable and must be addressed for the safety of our neighbors. The Walker has always stood against violence, especially in our surrounding community.  With our  strategic and creative programming geared towards empowering youth, we strive to provide a safe place to empower and educate them.   Children are our heritage, which is why we are committed to programming and civic engagement designed to elevate the consciousness of our youth to the point where they no longer turn guns on each other.  It is our sincere hope that the Indianapolis communities will continue to stand with The Walker as we work to positively impact our children, youth and young adults.

The details of the recent shootings are still emerging and we are asking the community to allow for accurate reporting as it relates to The Walker. The Walker has a rich legacy of positive activities and programming for  people of all ages and we will continue to make a difference in the greater Indianapolis area.”

IMPD says they have not received a solid description of the suspect. They want anyone who can help identify him to call Crime Stoppers at 262-TIPS.