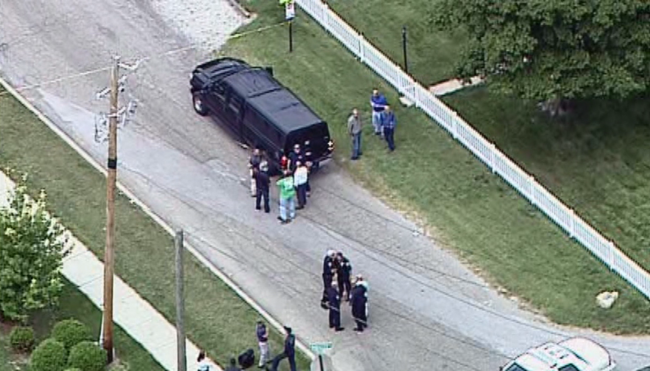 INDIANAPOLIS (WISH) – Christian Park School in Indianapolis was evacuated after police found a a pipe bomb Tuesday. Police said no one was hurt.

According to Indianapolis Metropolitan Police Department dispatchers, a device was found in a dumpster near the school in the 4700 block of English Avenue just before 1 p.m. Police said contractors working at the school initially spotted the device.

Officials said students were evacuated from the building and were taken to a local community center. Christian Park parents Lauren Jobst and and Tammy Glascock both picked up their kids from that location.

“It’s kind of scary just to wonder who put it there. It just kinda makes you worry everyday when your kids go to school if that’s gonna happen again,” Jobst said.

“I’m very upset about that because that’s dangerous. Somebody’s putting our children in jeopardy and there’s over 400 kids in that school. That’s just devastating,” Glascock said.

IMPD bomb squad agents were seen surrounding the area were the bomb was located to dismantle the bomb. Officials said they discovered that the device was a pipe bomb.

No injuries were reported. At 2:30 p.m. IMPD said the scene was safe.