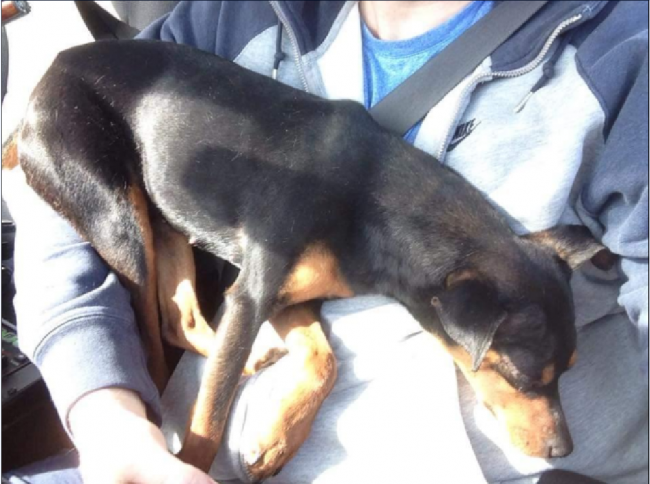 INDIANAPOLIS (WISH) – She was injured, alone and left for dead on the side of the road until an IMPD officer, sworn to protect and serve, did just that. Now the little dog named Holly, found along Riverside Avenue, is on the road to recovery and nearly ready for adoption.

Our cameras were there when Holly was reunited with her human hero.

The last time Officer Welborn saw Holly, she was shaking and bleeding on the side of the road. The dog had evidently been struck by a car.

“I didn’t know if she was gonna make it, honestly,” she said.

Less than three weeks later, Holly still has a slight limp, but is otherwise doing well.

She saw a vet and was placed with foster-mom Debbie Eads through Every Dog Counts, a Zionsville-based rescue network.

“When Holly was first found, she was really not interacting at all, she was really quiet. You can see now she’s playful. She’s ready to go,” said Tara Harris, Director of Every Dog Counts.

Officer Welborn says it was a no-brainer to try to bring Holly in when she found her. She has six dogs of her own and she even keeps spare dog food in the back of her squad car in case she finds a stray in need.

“We have lots of involvement with IMPD and we’re really glad that there’s a lot of great dog lovers in their community, so it’s a great relationship,” she said.

Officer Welborn says she shares a special bond with Holly and hopes Holly can find a family who will feel the same way about her.

“I just want to make sure she has a really good home. That’s all,” she said.

Holly is not quite ready for adoption yet. She has some more recovering to do on her left paw but for more information on giving her or other Every Dog Counts rescues a home, click here.