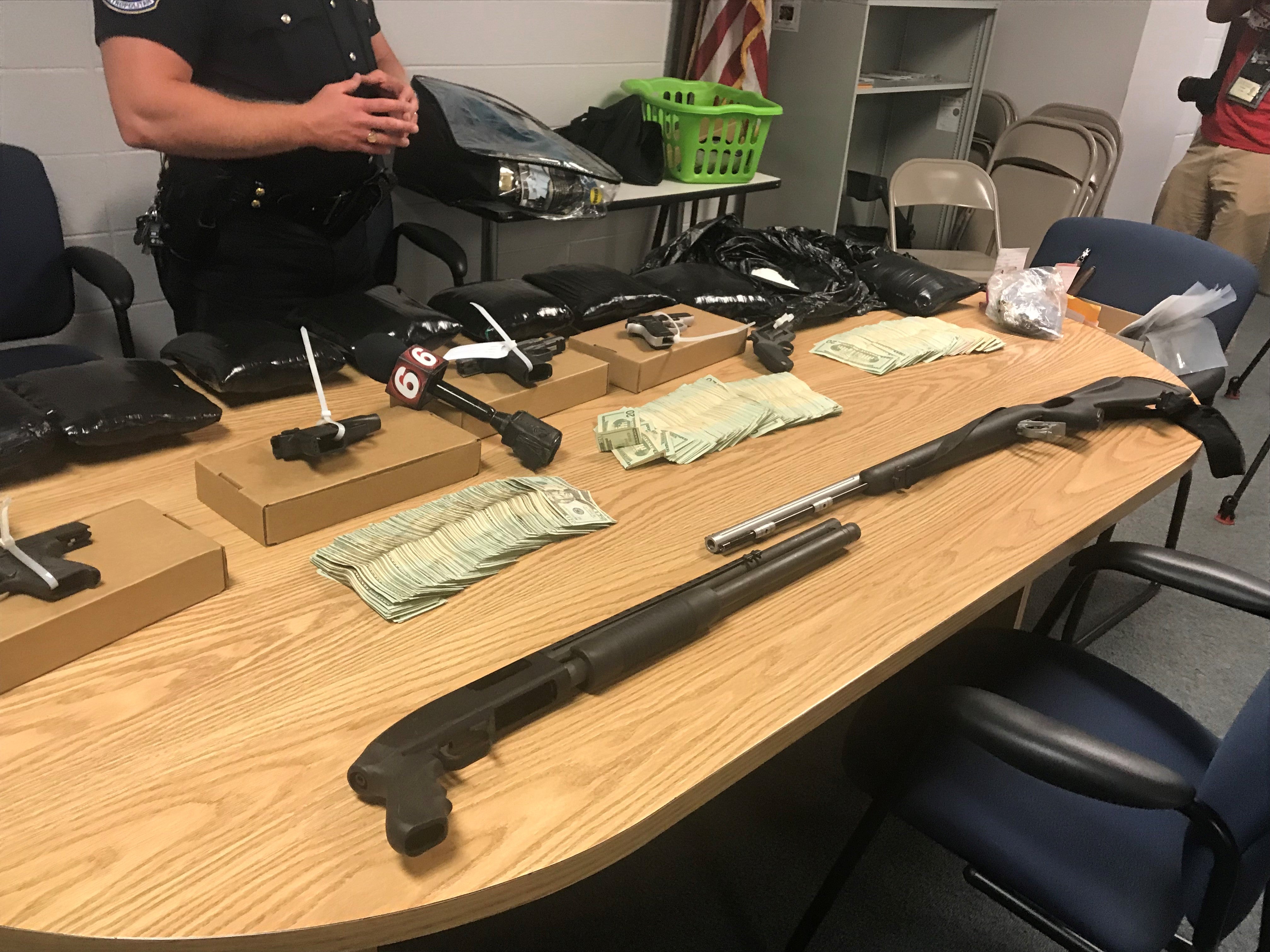 INDIANAPOLIS (WISH) — The Indianapolis Metropolitan Police Department has released the names and photos of the five people were taken into custody after officers executed a drug bust Tuesday.

Police used a warrant that netted over 40 pounds of suspected methamphetamine and black tar heroin, with the drugs being worth more than $750,000. Nine guns and over $40,000 in cash was also confiscated during the bust.

Taken into custody were: