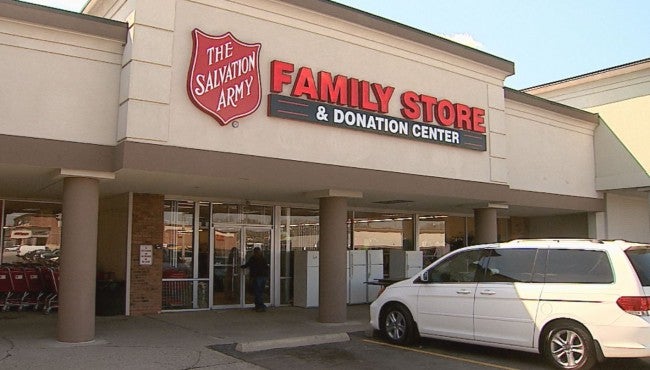 INDIANAPOLIS (WISH) — Indianapolis Metropolitan Police Department says they are investigating following a robbery at an Indianapolis Salvation Army on Sunday.

Officers were called to the 1300 block of West 86th Street at 5:09 p.m. Once on the scene officers discovered the back window of the Salvation Army store had been smashed. Detectives checked the building for suspects, and then discovered the store’s safe had been opened. The money inside the safe was taken.

The Salvation Army store sells donated items. The proceeds are then used for the Salvation Army’s Adult Rehabilitation Center for Men. At the center men are provided spiritual, social and emotional assistance for those in desperate need of help.

The goal is that those that go through the program will be reunited with their families.

Currently, there are six Salvation Army stores in Indianapolis. However, some of the stores were forced to close because of a lack of donations and sales.

24-Hour News 8, has learned IMPD took prints from the scene and now detectives are trying to match those prints with possible suspects. Investigators did not want to release how much money was taken from the safe for investigative reasons.

Despite not having any suspects McNary adds the army will move forward.

“We can’t give up, giving up is not an option,” said McNary.

Anyone with information in this investigation is urged to call Crime Stoppers at 262-TIPS, or 262-8477.