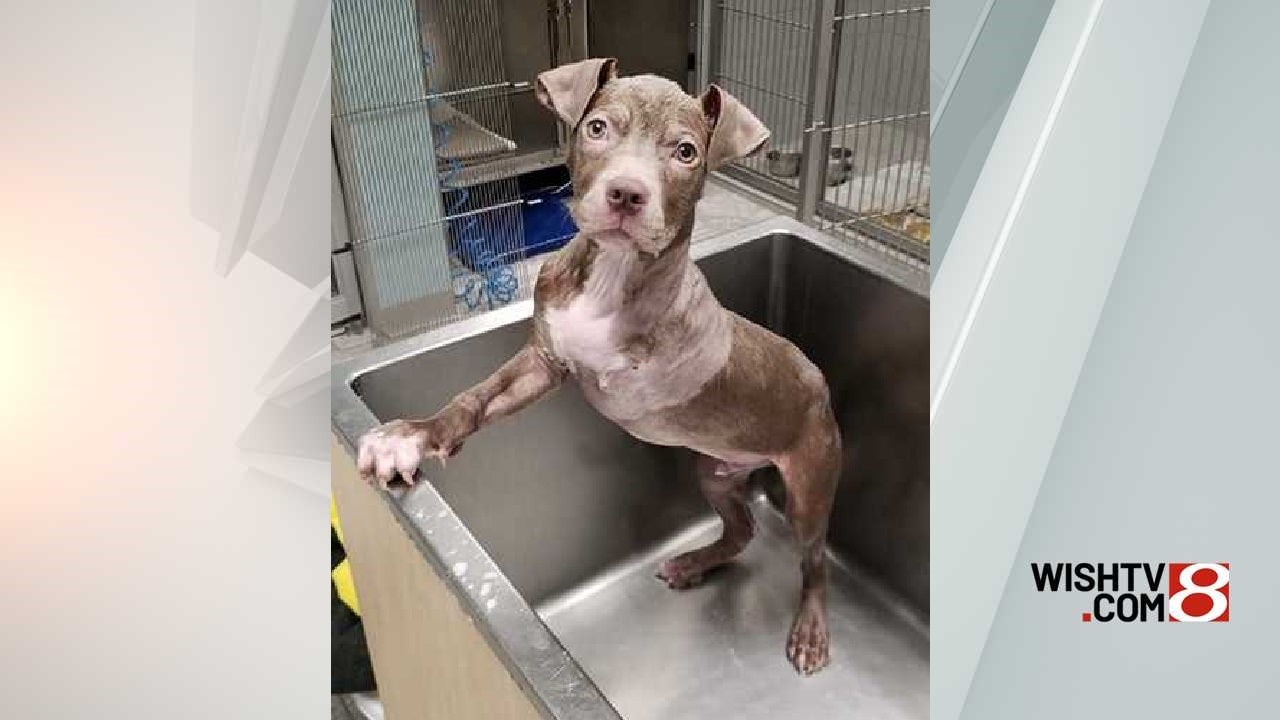 WARNING: Pictures at the end of this story are graphic.

INDIANAPOLIS (WISH) — The Indianapolis Metropolitan Police Department is seeking the public’s help finding a man that dumped an abused puppy.

A news release from IMPD said the male pit bull puppy was wrapped up in a bag and dumped in the 10000 block of East Washington Street on the morning of Dec. 23.

Police said the puppy is just a few months old and has a broken leg and prolapsed rectum.

The release said witnesses describe the man that dumped the puppy as a black male in his late 20s or early 30s wearing all black clothes including gloves and a beanie. He was driving a new-model car, possibly a silver Ford Fusion.

Anyone with information can call Crime Stoppers of Central Indiana at 317-262-TIPS (8477).