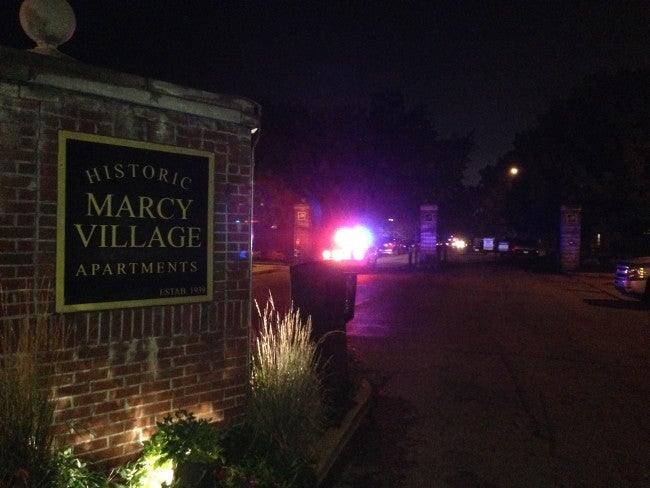 21-year-old Michael Henderson died of a self-inflicted gunshot wound to the head, according to the coroners preliminary autopsy results.

Officers were called to Hardee’s in the 4900 block of East 56th Street for an active burglary. Officers later found Henderson and an accomplice, identified as 20-year-old Dequan Washington, in a white SUV at Marcy Lane in the Marcy Village Apartments.

When police surrounded Henderson’s vehicle, Washington got out of the car and surrendered. After repeated requests, Henderson refused to get out of the vehicle. When officers heard a shot fired from inside the car, police and agents fired shots into the vehicle.

Police say they recovered a hand gun in Henderson’s possession.

Washington was arrested and taken to the Marion County Jail. He is awaiting formal charges.

IMPD said that Washington and Henderson could have been involved in numerous armed robberies in central Indiana. Anyone with information on either suspect is urged to call Crime Stoppers at 317-262-TIPS.