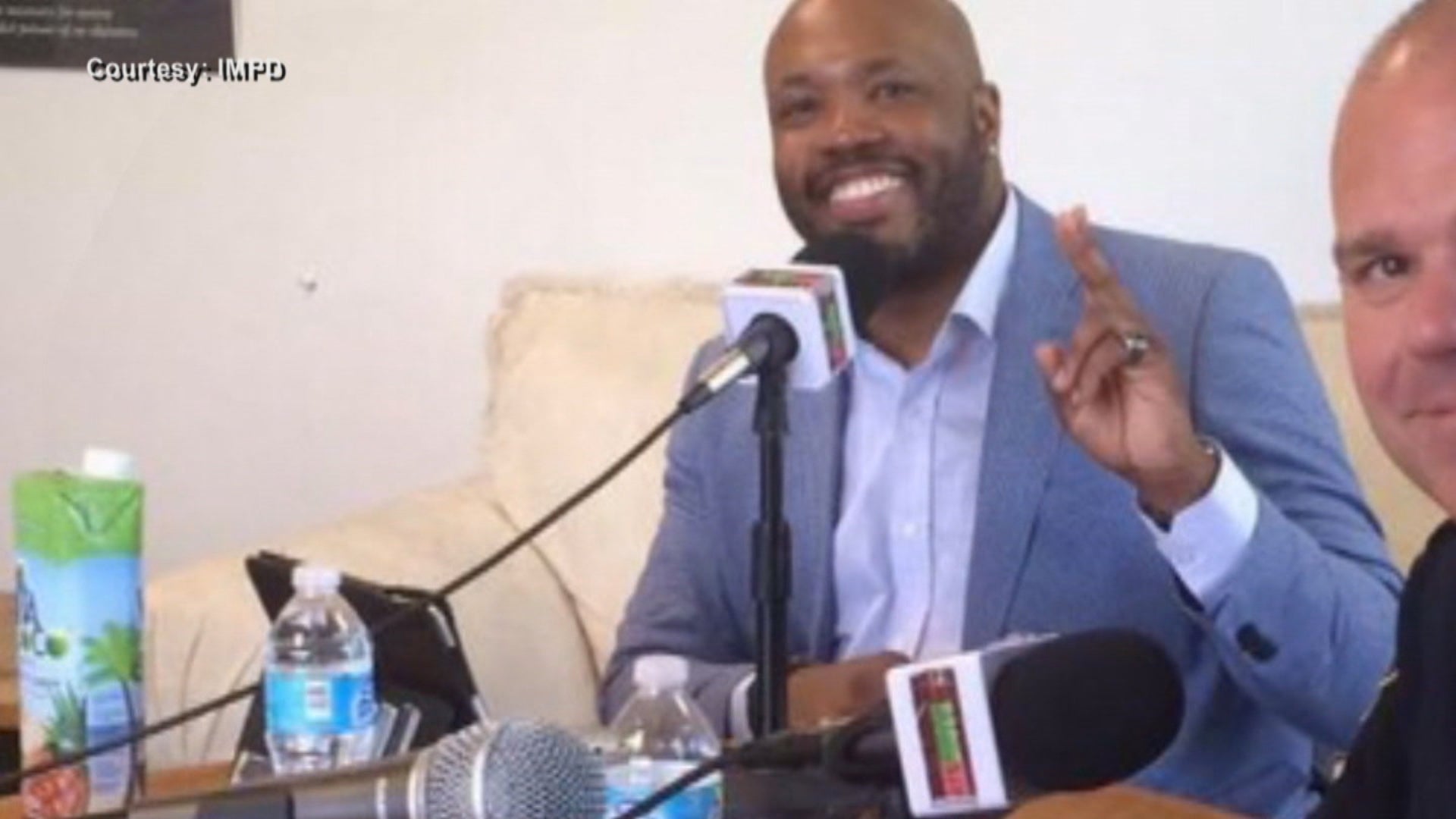 INDIANAPOLIS (WISH) — An Indianapolis Metropolitan Police Department employee was put on suspension after he made a Facebook post comparing an anti-violence group to prostitutes.

Plus, the woman Mayor Joe Hogsett hired as the first director of community violence reduction is also getting punished for a comment she made on Facebook also in relation to the group, The Ten Point Coalition.

Gregory Meriweather works for IMPD to help empower communities and collaborate with groups to reduce violence in Indianapolis. Meriweather’s commented on a Facebook Live post about community safety from a pastor, Preston Adams, on Wednesday.

“Ten Point is walking the track like good hoes do,” he wrote.

The Rev. Charles Harrison is in charge of the Ten Point Coalition. Its faith-based patrol teams go into high-crime neighborhoods to show people another path forward. He says it works. So, Meriweather’s comment upset Harrison.

“I’m offended by it and I think the comment was vile,” he said.

Meriweather has been suspended for three days without pay, according to Aliya Wishner, a city spokeswoman.

“The comment was unacceptable,” she wrote in an email to News 8.

Adams, the pastor, asked News 8 not to show the original Facebook Live post, but News 8 reviewed the video and its comments. Harrison showed us a screenshot he got; three comments down from Meriweather’s, that was “$$$.”

“As if we are out there like hoes out there just for the money,” said Harrison, interpreting the post.

The “$$$” comment came from Shonna Majors, the first director of community violence reduction hired in 2018. It appears she later deleted the comment.

Harrison said, “City officials ought to be bringing people together rather than saying and doing things that create division among the community.”

The city learned about Majors’ post on Thursday, too.

“Mayor Hogsett spoke with Shonna Majors this morning, and expressed his profound disappointment in her actions,” Wishner said.

The city spokeswoman said Majors has received a formal warning from her supervisor and will not take part in the city’s grant process to give money to crime-reduction efforts this cycle, which has been a part of her job.

Wishner said in an email, “While the full context is unclear in the screenshots, we do know that these comments, made through personal, non-official Facebook accounts, do not reflect the views of the Mayor, the Office of Public Health and Safety, or IMPD. It takes an entire community to create safe neighborhoods, and the City of Indianapolis is committed to working with all residents, civic leaders, and grassroots organizations engaged in efforts that seek to reduce violence.”

Wishner said the mayor asked Majors to call Harrison to “address the issue and offer her strongest apology.”

Harrison said he would welcome the chance to speak but has not heard from her as of Thursday night.

The police chief also plans on reaching out to Harrison. Wishner said Roach is looking to schedule a meeting with Meriweather and Harrison.

“The Chief plans to reach out to Rev. Harrison with the hope that the three of them can sit down and build a stronger partnership between IMPD and Ten Point moving forward,” Wishner’s email said.

Harrison said he would attend that meeting but believes Meriweather should lose his job.

The city released a lengthy statement about the process to give crime-reduction grants to grassroots organizations, and Majors’ role with the city and the process. That statement said:

“Throughout the last three years, Mayor Hogsett and city officials have prioritized the impartial distribution of funding to grassroots organizations, including the utilization of third-party entities with expertise in criminal justice issues and the administration of grant funding to ensure the process is data-driven and standards are applied equally to all applying organizations.

“As has been true over multiple administrations, the Community Crime Prevention Grants are awarded by the Indianapolis Foundation, a CICF (Central Indiana Community Foundation) agency. While this funding is appropriated by the city-county council, and public safety priorities are set by public safety agencies, no city employee is made aware of the award recipients until the process is fully completed.

As for the more recently created Violence Prevention Grants distributed by the Office of Public Health and Safety, this process utilizes an academic approach, with IUPUI staff engaged to rate and review each application, helping to ensure the impartial distribution of funds. After site visits are conducted, the director of the Office of Public Health and Safety has final sign-off on the grant recipients as recommended by IUPUI.”