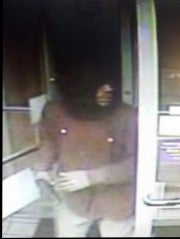 INDIANAPOLIS (WISH) – An employee of an adult video store was injured in a shooting early Friday morning.

Police responded to the store near 38th Street and Shadeland Avenue around 2:30 a.m.

The clerk suffered two gunshot wounds but was in good condition, according to police. It appeared an unruly customer was kicked out of the store, came back and shot the female employee, Indianapolis Metropolitan Police Department officials said.

Police are still looking for the suspect.  He is described as wearing a brown shirt, black hoodie, and tan pants. He is believed to be in his early thirties.