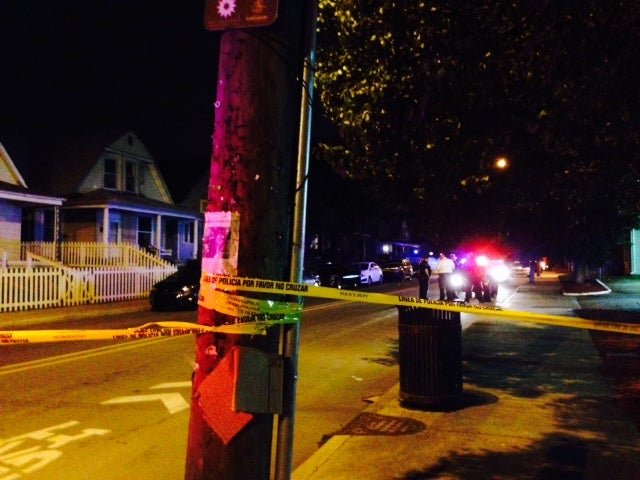 INDIANAPOLIS (WISH) — Friends and even strangers gathered to mourn the loss of a mother shot and killed during what police believe was a robbery on the far south side of Indianapolis.

The shooting happened in the 1400 block of South East Street early Monday morning in Indianapolis.

Police have not released a description of the two suspects involved in this case.

The Marion County Coroner’s Office identified the victim as Hilary Acton, 33, of Clayton.

Strangers and neighbors stood together near Terrace and South East Street for a prayer vigil to remember the mother of two and to pray for justice.

They gathered outside on the sidewalk, near the place where police say Acton was found dead.

“We just went to the grocery store to get some food to eat for the night when we got an ice cream cone at McDonald’s,” said Mark Williams, who police identified as the boyfriend. “We came back here and she was getting something more comfortable to wear and they came out of nowhere.”

Mark Williams is at a loss for words. He said he was with Acton when two men with guns approached them and asked them to hand everything over.

“They just kept shooting at me, and I didn’t even know she was hit,” said Williams. “They come up and they say, ‘Hey, we’re going to need all that.’ I was like, ‘What? My Goodwill clothes and my $102?’ I was like, ‘Hey, there’s nothing here.’ I yelled for my brother, he lives right here. I knew he was in the back of the house. They just started shooting.”

Williams described Acton as the love of his life. He said they have been together for about a year and that she was a loving and caring person.

“She loved her kids. She was just really trying to get herself together and put something together that’s meaningful,” said Williams.

But those dreams ended when police responded to a shooting call around 1:15 a.m.

They arrived to find Acton in the middle of the street shot multiple times. She was pronounced dead at the scene.

People working nearby say they heard the commotion.

“I heard about seven to eight gun shots go off and some ricochet,” said Joel Russell, the manager of Indy All Night. “I looked down the street and heard a lady yelling for a lady to help the person.”

24-Hour News 8 talked to the victim’s family off camera. Her dad said he last talked to his daughter Sunday night. He said her 12-year-old son had a graduation Monday.

If you know anything about this case you’re asked to call police.