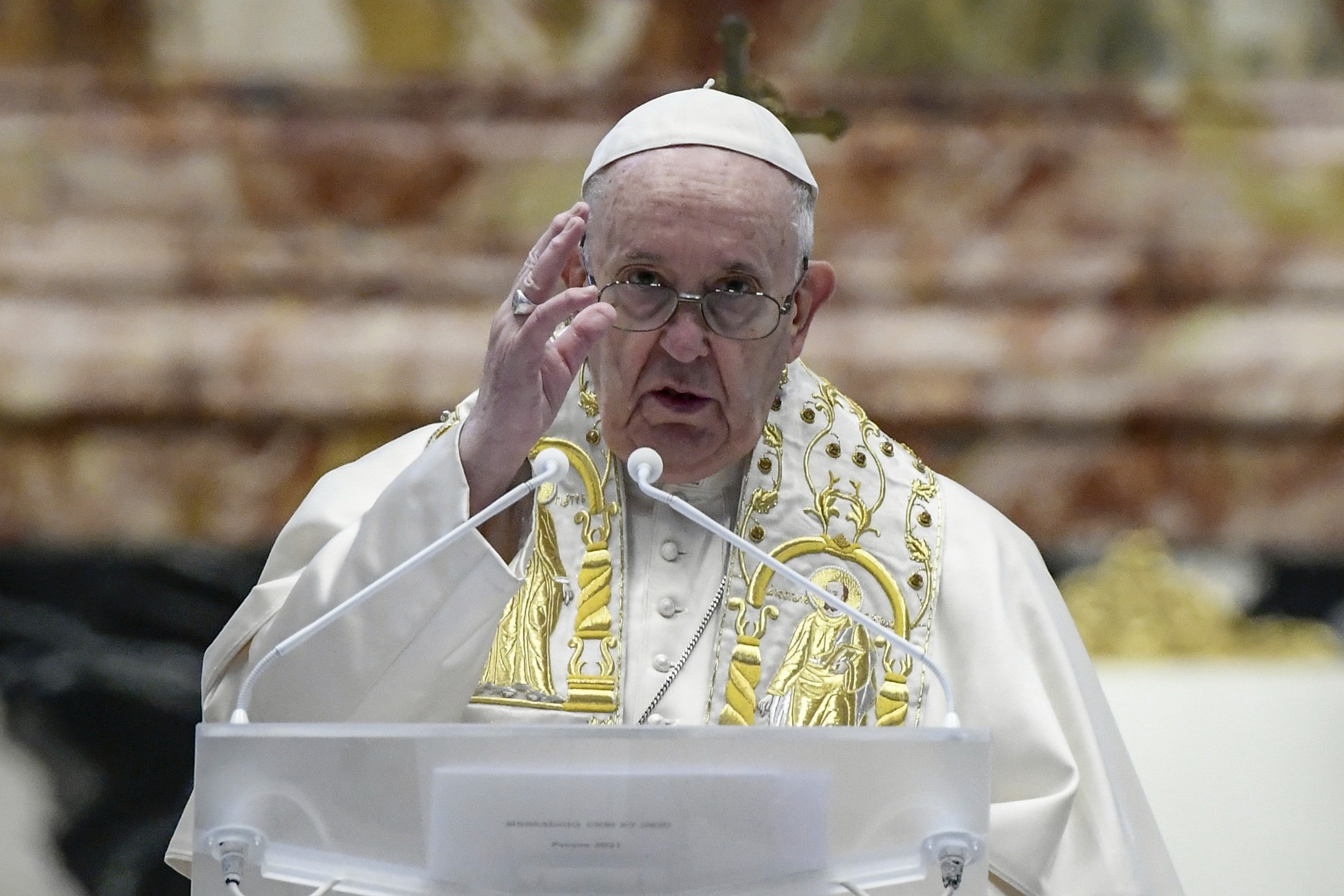 VATICAN CITY (AP) — During his traditional Easter address, Pope Francis denounced as “scandalous” Sunday how warfare continues to rage and military arsenals are fattened around the world as the coronavirus pandemic causes social and economic suffering.

Francis tempered his “Urbi et Orbi″ address (Latin for ”To the city and to the world”) wishes of joy on the Christian feast day along with accounts of pain from the globe’s many armed conflicts and other sources of violence in Africa, the Middle East, Asia and Eastern Europe.

He also appealed anew to the international community to overcome delays in distributing COVID-19 vaccines and to ensure supplies reach the poorest countries.

“Everyone, especially the most vulnerable among us, requires assistance and has the right to have access to necessary care.” the pontiff said.

Describing vaccines as an ”essential tool” in the pandemic battle, Francis called for a “spirit of global responsibility” as he encouraged nations to overcome “delays in the distribution of vaccines and to facilitate their distribution, especially in the the poorest countries.”

He sounded a note of indignation at the start of his address, decrying that there has been no shortage of warfare during the pandemic.

“The pandemic is still spreading, while the social and economic crisis remains severe, especially for the poor. Nevertheless – and this is scandalous – armed conflicts have not ended, and military arsenals are being strengthened,” Francis said, sounding angry. “This is today’s scandal.”

He delivered the speech about an hour after celebrating Easter Mass in St. Peter’s Basilica, with the faithful in the pews awaiting his return barely numbering 200 in keeping with pandemic protocols.

Normally, the address about world affairs is delivered from the central balcony of the basilica overlooking St. Peter’s Square. Instead, for the second consecutive Easter, it was read indoors to discourage crowds from gathering in St. Peter’s Square.

“Dear brothers and sisters, once again this year, in various places, many Christians have celebrated Easter under severe restrictions and, at times, without being able to attend liturgical celebrations,” Francis said, before offering a special Apostolic blessing to faithful worldwide.

“We pray that those restrictions, as well as all restrictions on freedom of worship and religion worldwide, may be lifted and everyone be allowed to pray and praise God freely,” the pontiff said.

He didn’t cite any specific country or location that imposed limits on worship during the pandemic or generally restricts freedom to practice religion.