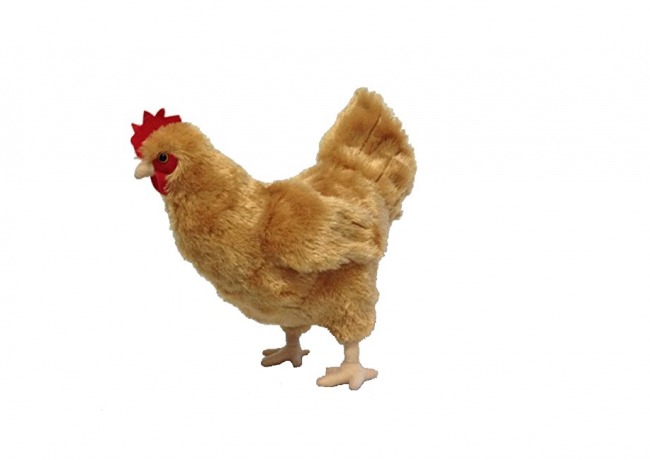 GOSHEN, Ind. (AP) – A northern Indiana county is turning to stuffed toy chickens and photographs as stand-ins for the real thing at its upcoming 4-H fair in response to a statewide bird show ban.

The State Board of Animal Health on May 27 banned bird shows, likely for the rest of the year, to protect Indiana’s commercial poultry farms and smaller flocks from an avian flu that’s killed about 45 million chickens, mostly in the Upper Midwest.

“We’re just trying to make as many lemonades and lemon pies out of the lemons we’ve been getting,” she told The Goshen News.

Each 4-H participant will also take a photo of their animal and that image will be displayed on a poster board inside the poultry pens. Students have also been challenged to create posters to highlight what they’ve learned about poultry, he said.

“Since showmanship is a knowledge-based activity, we don’t have to have the live animals there,” Kelly said. “It won’t be the exact same experience, but they’ll be able to present what they know about their animals.”

He said an egg-judging contest and an annual chicken barbecue contest will also be held as scheduled.

And Jacobs said students will also be invited to take part in a poultry-themed costume contest.

“We’ve been able to come up with alternatives for pretty much everything but the crowing contest,” she said.

Another 4-H fair favorite – the Chicken Flying Contest – will also return this year. But instead of catching a live bird, this year’s fair queens and fair board president will chase after a rubber chicken flung from a big slingshot.

“We had to keep that tradition alive,” Jacobs said with a laugh.