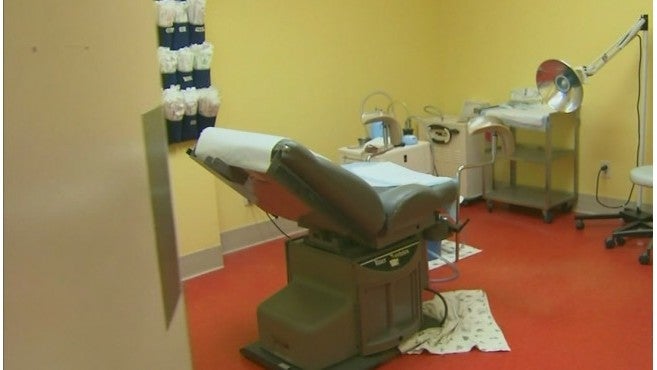 INDIANAPOLIS (WISH) – Just a couple days before it was set to take effect, part of a new Indiana law that has to do with abortions was blocked a federal judge.

Earlier this year, the American Civil Liberties Union sued the state on behalf of Planned Parenthood of Indiana and Kentucky.

The law required medical providers to report detailed patient information to the state if they treat women for complications from abortions. The suit argued that the reporting is unconstitutional.

Christie Gillespie, president and CEO of Planned Parenthood of Indiana & Kentucky, said Friday afternoon, “We are pleased by the ruling of the court.”

The federal judge’s injunction prevented enforcement of the reporting provision of that law. In his decision, the judge agreed with the ACLU that the complications listed in the law are vague.

Gillespie said that “the penalties that could be leveraged against our providers, not knowing what exactly we were supposed to report and when, due to the vagueness of the law.”

Some of those 26 abortion complications included infection, hemorrhaging, blot clots, cardiac arrest or even death.

The judge wrote that some of the complications are so vague it would be difficult for doctors to know what they have to report.

Kenneth Falk, legal director of the Indiana ACLU, said, “So, what the court said is just because this lists certain things, by saying ‘including’ that doesn’t tell Planned Parenthood and its practitioners what else is included.”

The judge argued that if Planned Parenthood’s physicians incorrectly interpret the law “and report less than everything, they risk civil and criminal sanctions.”

That, he said that “violates Planned Parenthood’s due process rights.”

News 8 reached out Friday to the press secretaries for all three Republican senators who wrote this bill, Liz Brown from Fort Wayne, Travis Holdman of Markle and and Michael Young of Indianapolis. Brown’s press secretary said she was too busy to comment. Press secretaries for Holdman and Young did not respond by Friday afternoon.