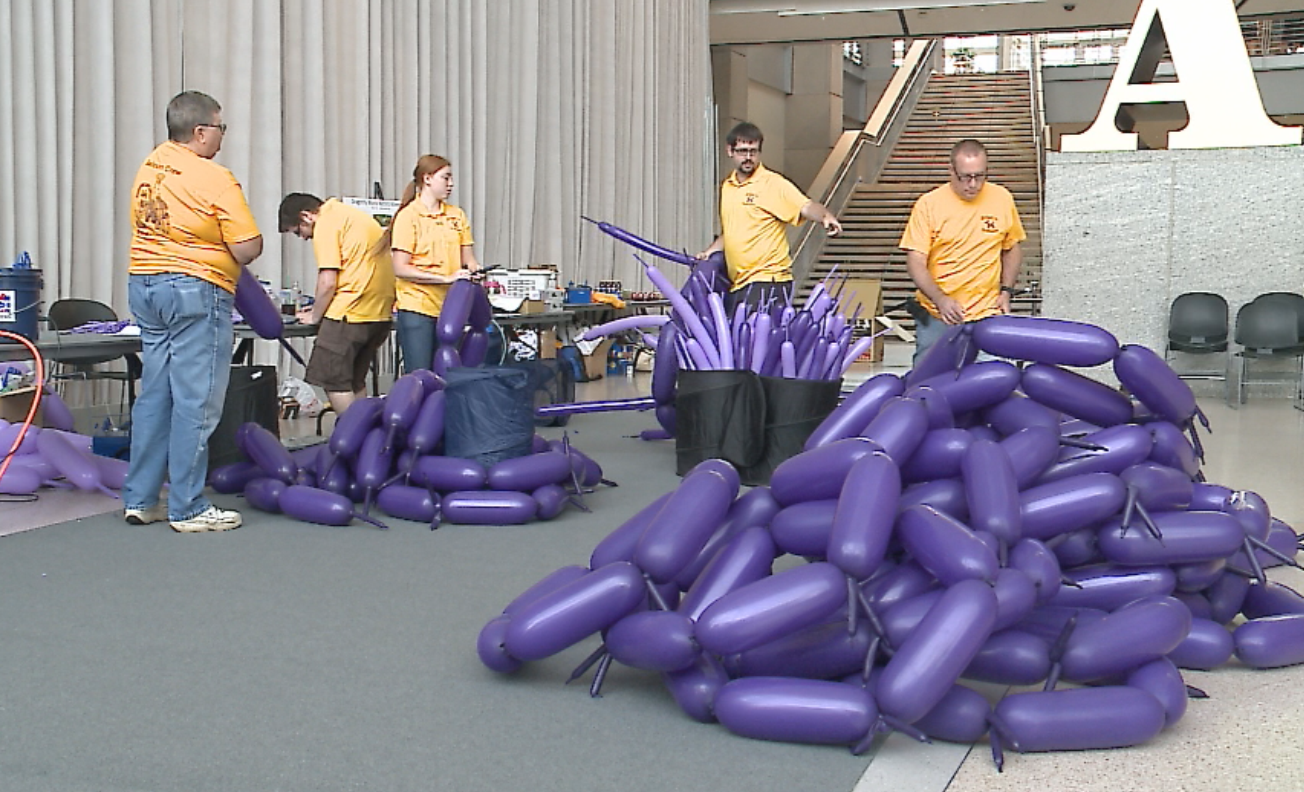 INDIANAPOLIS (WISH) — Sunday marked the beginning of a very busy week for an Indiana artist who hopes to be a world record holder.

Brian Getz and his crew are attempting to beat the Guinness World Record for the largest modeling balloon sculpture by building a 90-foot dragonfly.

The team of about 12 will put in hundreds of hours of work this week at the Indiana State Museum, using about 6,000 balloons to make the display. A surveyor will be in town Friday to take final measurements. After the data is collected, Getz and his team will hoist the dragonfly 40 feet into the air to be on display at the museum until at least June 18.

Getz chose a dragonfly because the creature is common along the downtown canal and has a lot of negative space.

You can watch Getz and his crew build the balloon dragonfly through Tuesday and follow his progress on the Brian’s Balloons website. Warning, the balloons can pop unexpectedly. Watch what happened live on Daybreak8 this morning with Nina Criscuolo.