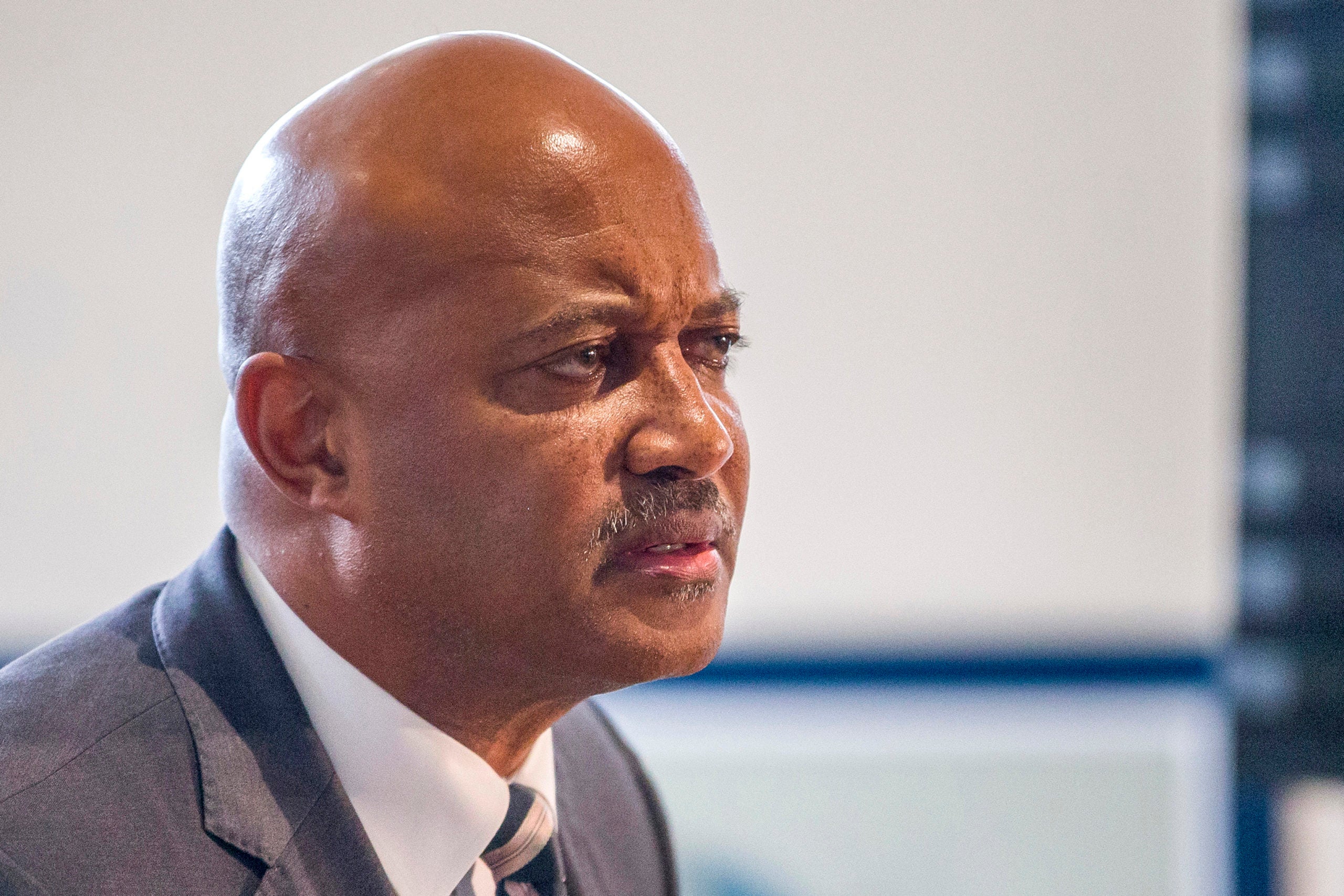 INDIANAPOLIS (AP) — Indiana Attorney General Curtis Hill is trying to block two women from testifying about allegations of sexual misconduct as he prepares for an upcoming disciplinary hearing on separate claims that he drunkenly groped four women at a bar last year.

The Indiana Supreme Court Disciplinary Commission wants the women to testify about Hill’s actions when they were employees under him as the Elkhart County prosecutor before becoming attorney general in 2017.

One of the women is expected to testify about Hill’s “inappropriate sexual innuendo and propositions directed to her,” commission lawyers said in legal filings in the past week, first reported by The (Fort Wayne) Journal Gazette. The other woman could testify about Hill’s “character and reputation in the legal community.”

Hill’s lawyers argue that such testimony about unrelated events shouldn’t be allowed during the hearing on professional misconduct charges against Hill that is scheduled to begin Monday before former state Supreme Court Justice Myra Selby. The hearing could lead to actions by the state Supreme Court including dismissal of the complaint, reprimands, and being stripped of his license to practice law.

Selby didn’t rule during a conference Wednesday afternoon with the lawyers for Hill and the disciplinary commission on whether she will allow the testimony.

The misconduct complaint stems from allegations by a state lawmaker and three legislative staffers accusing Hill of touching their backs or buttocks in March 2018 at an Indianapolis bar, where a party was being held to celebrate the end of that year’s legislative session.

Hill, a 58-year-old Republican, has denied wrongdoing and resisted calls from Republican Gov. Eric Holcomb and other state government leaders for his resignation.

Disciplinary commission lawyers maintain the testimony from the Elkhart County employees should be allowed because it would show Hill’s conduct at the 2018 party “was not just an isolated event unfortunately caused by a relaxed social atmosphere and too much to drink. Such information is valuable as the Hearing Officer recommends an appropriate sanction.”

Democratic Rep. Mara Candelaria Reardon of Munster and one Republican and two Democratic legislative staffers — ages 23 to 26 at the time of the party — have filed a federal lawsuit against Hill alleging sexual harassment and defamation. A special prosecutor declined to file criminal charges against Hill and a state inspector general’s report determined Hill didn’t break any state ethics rules.

Other recent disciplinary case filings by Hill include admissions that he drank three glasses of wine, a martini and a shot of whiskey over several hours the night of the party. The filings say Hill denies allegations of touching Reardon’s buttocks and rubbing one staffer’s back but will testify he “did not intentionally place his hand … in the vicinity” of another staffer’s buttocks.

Hill’s lawyers wrote that he interacted with dozens of people during the party. They said Hill “has an engaging personality and often physically interacts with others by placing a hand on the other person’s arm, shoulder or back. He also has some difficulty hearing in one ear, so he is prone to leaning close to people with whom he is conversing, especially in loud environments.”

Hill argues that the disciplinary case is improper because he was cleared by the special prosecutor and that the allegations have nothing to do with his actions as a lawyer.

The disciplinary commission argues Hill faces a “heightened duty of ethical conduct” because of his position.

Hill’s “ethical violations and offensive conduct reflect poorly on the legal profession and does incalculable harm to the public perception of the Attorney General’s office,” the commission said.