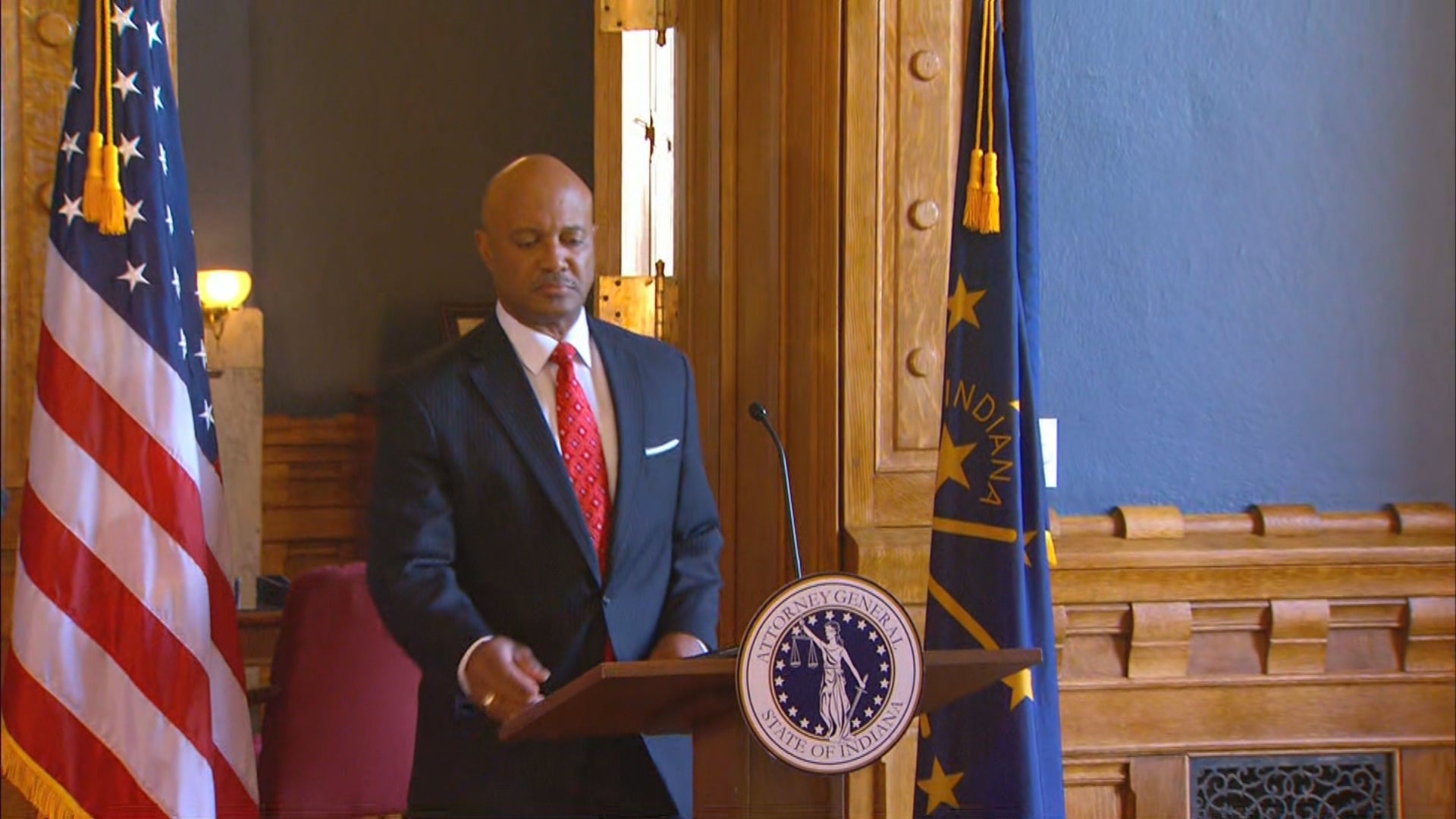 We’ve told you Hill is accused of inappropriately touching four women at a bar in downtown Indianapolis earlier this year.

In May, four women told lawmakers Hill inappropriately touched them at a March legislative end-of-session party. Lawmakers then hired a law firm to put together a confidential report about what happened, which was leaked to the media. Hill’s attorneys took square aim at the memo.

Wednesday, Blevins claimed there are “inaccuracies” in the women’s statements

Hill completely denies all the allegations, and calls them “false and vicious.”

The Office of the Inspector General has already started her own investigation into the allegations, but Hill’s attorneys wouldn’t talk about that this morning.

Neither Rep. Reardon nor McLemore offered us a comment today. We’re still waiting on DaSilva.

We believe Curtis Hill is the individual who should be answering questions about allegations of inappropriate conduct, and we stand by our prior statements regarding this matter. We are fully cooperating with the Inspector General’s Office as they conduct their current investigation and will await the results.

News 8’s David Williams caught up to Hill on Tuesday at his office’s drug take back event, which you can read here with a full timeline of the allegations.