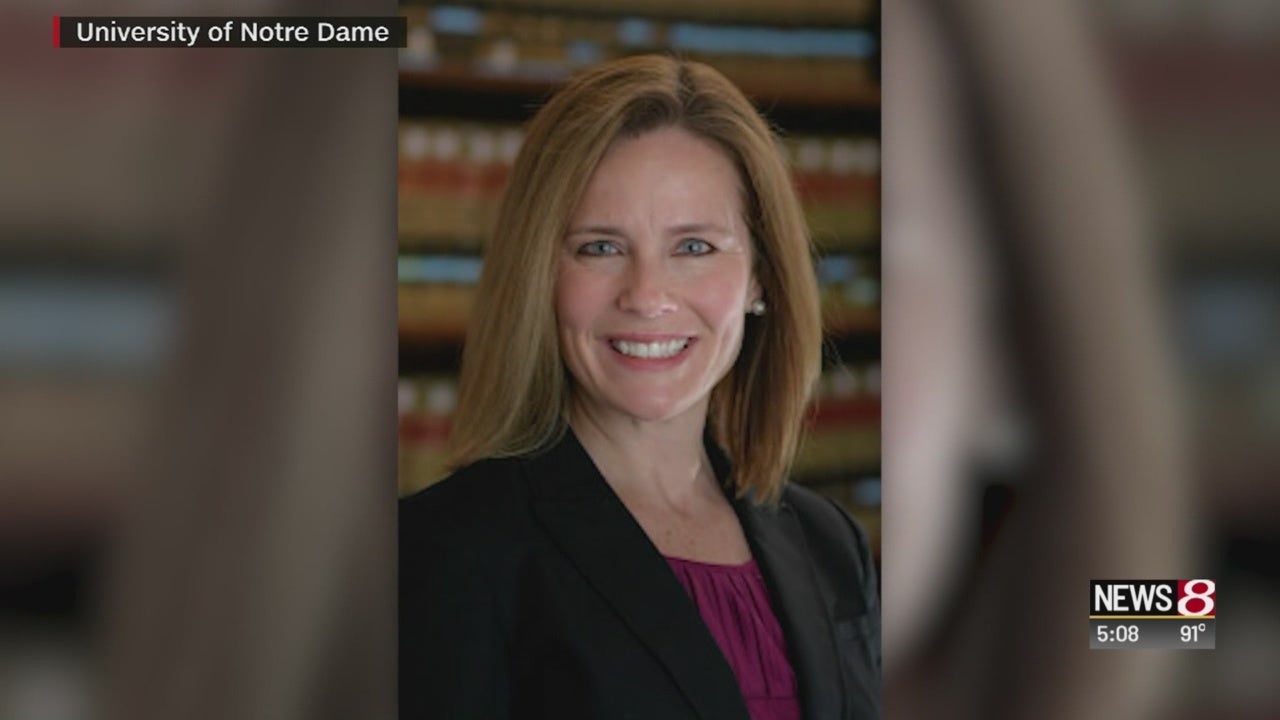 INDIANAPOLIS (WISH) — One of President Donald Trump’s four potential nominees for Supreme Court Justice has strong ties to Indiana: Judge Amy Coney Barrett of the U.S. Court of Appeals for the Seventh Circuit.

President Trump has announced he will make his nominee for the Supreme Court public at 9 p.m. ET Monday evening, putting to rest the rumors about who will take the place of retiring Justice Anthony Kennedy. Sources close to the matter say Trump is considering Brett Kavanaugh, Raymond Kethledge, Amul Thapar and Amy Coney Barrett.

“[Barrett] is a gifted writer, prolific writer. She’s a gifted professor. She gets high marks from students, and she clearly has the sort of background President Trump is looking for,” said Brian Paul, an appellate lawyer and partner at Faegre Baker Daniels firm in Indianapolis.

Paul specializes in appellate law and is familiar with Barrett’s role as one of 14 judges in the Chicago-based U.S. Court of Appeals for the Seventh Circuit. Barrett was nominated to that position last fall by Trump.

“She showed poise during her confirmation hearing. Calm,” said Paul. “Things that I think will translate well on the bench.”

Barrett is Catholic, 46 years old, a mother of seven children and a graduate of the Notre Dame Law School. According to online records at the University of Notre Dame, she has served as a professor there since 2002, teaching six different classes.

Paul said Barrett is an obvious conservative, old enough to be considered for the position, but young enough to serve on the court for a long time.

After law school, Barrett clerked for Associate Justice Antonin Scalia of the U.S. Supreme Court, then made her way back to South Bend to teach. She remains in South Bend as she serves on the U.S. Court of Appeals for the Seventh Circuit.

“She spent most of her career as a professor, basically straight out of law school and clerking in the Supreme Court,” said Gerard Magliocca, the Samuel R. Rosen professor at the Indiana University Robert H. McKinney School of Law. “She’s been at Notre Dame Law School teaching, and she’s only been a judge for about a year.”

Magliocca said that while having a resume strong in academics doesn’t lower her qualifications to serve on the Supreme Court, it does differ from other justices who have more experience in the courtroom, as opposed to the classroom. Paul pointed out that other Supreme Court justices have backgrounds in academia.

Another aspect of Barrett’s background that stands out: She does not hold an Ivy League law degree.

“All of the current Supreme Court justices went either to Harvard or Yale for law school,” said Magliocca,”and there are a lot of law schools in the United States, and some of them have different perspectives.”

Magliocca said it might be refreshing to bring another point of view to the nation’s highest court. Barrett does not appear to have deep ties to Washington, unlike other potential nominees.

As for her outlook for confirmation, both Paul and Magliocca agreed Barrett’s path would be clear. Barrett won over three Democrats during her appellate court confirmation in 2017. As long as Republicans vote along party lines, and nothing embarrassing surfaces during her hearing, Barrett would receive the necessary votes, according to Paul.

Trump’s announcement of his nominee for the Supreme Court will be available at 9 p.m. ET on air, on WISH-TV’s homepage, and on WISH-TV’s Facebook page.