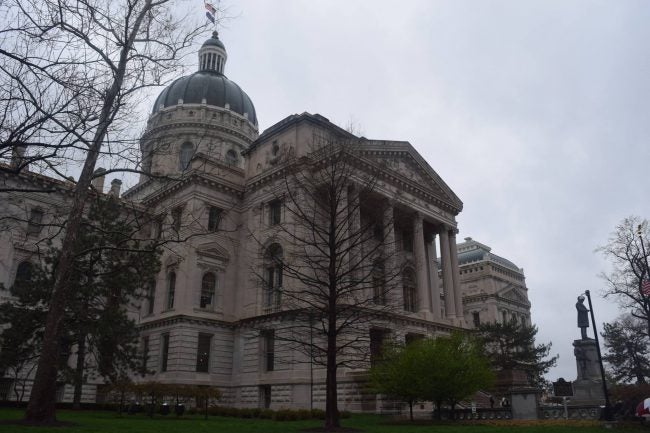 INDIANAPOLIS (WISH) – A new financial report offered a sigh of relief to Indiana lawmakers days before they have to vote on a budget bill.

On Wednesday morning, Indiana’s latest financial forecast showed the state is on track to generate $200 million more over the next two years, than first expected. The entire two year budget is expected to be around $16 billion dollars, so this gives lawmakers a slight bump.

“Do you feel when you fill up your tank and pay for gas, should all the tax that you spend on that product be dedicated to roads?” asked State Rep. Tim Brown (R-Crawfordsville). That’s what the budget conference committee will spend the next several days debating.

If the shift is made, it leaves a $300 million dollar general fund gap. To make up the difference, House Republicans and Democrats want to increase the cigarette tax. “I think those aren’t necessarily dead based on a lot of feeling from the House side, and some of the Senate D’s have had similar ideas,” State Sen. Karen Tallian (D-Portage) said.

With the forecast remaining relatively flat, Republican senators aren’t sure the sales tax shift will happen. “There’s certainly not enough revenue gain to justify moving the sales tax on gas over to road funding and creating a big hole in the budget,” State Sen. Kenley said. “If you had an enormous revenue gain projected you could make the argument that you could afford to do that.”

Financial experts told legislators that the state is doing well because of strong manufacturing numbers and Indiana’s population increase. However, lawmakers know a new federal administration could alter the future forecast. “Geo world political events could change it,” State Rep. Brown said. “The price of oil could change it.”

A conference committee is used when one chamber makes changes to a bill, and the other side can’t agree. The committee allows lawmakers to work out differences before each chambers votes again on the proposal.

The pre-K debate generated a large crowd. More than 30 filled a room to weigh-in on the proposal. The House and Senate are $4 million apart on a pre-K funding pilot program. But the attention Wednesday focused on giving money to an in-home pre-K program.

A representative from the “Upstart Program” in Utah told lawmakers how it works Wednesday. For $2,000, a child receives 15 minutes a day of learning and parents receive the technology and training.

“We talk to them about social, emotional,” Upstart Program representative Claudia Minor said. “We reinforce some of the things that they’re already doing. We tell them about the importance of play.”

Critics argue the program defeats the purpose of youth education. “I think that a lot of pre-K learning is focusing on socialization and interaction with other children and adults and that this would not be the best way to spend this money,” Sally Sloan, American Federation of Teachers Indiana executive director said.

Bills also passed through the House and Senate chamber Wednesday. In the Senate, an hour of debate centered around an abortion bill. The legislation requires parents to give consent, unless a judge decides not to.

It also requires proof that the consenting adult is a legal guardian. “It’s necessary both for the safeguard of the physician and the child’s parents who may wish to seek a civil remedy,” State Sen. Erin Houchin (R-Salem) said.

The bill passed the Senate, despite democrats raising legal concerns. “I wish we wouldn’t have to go through this every session then be embarrassed about it when a court overturns whatever we’ve done,” State Sen. Mark Stoops (D-Bloomington) said.

The abortion bill heads to Gov. Eric Holcomb’s desk. As for bills in conference committee, the proposals have until next week to receive a vote.