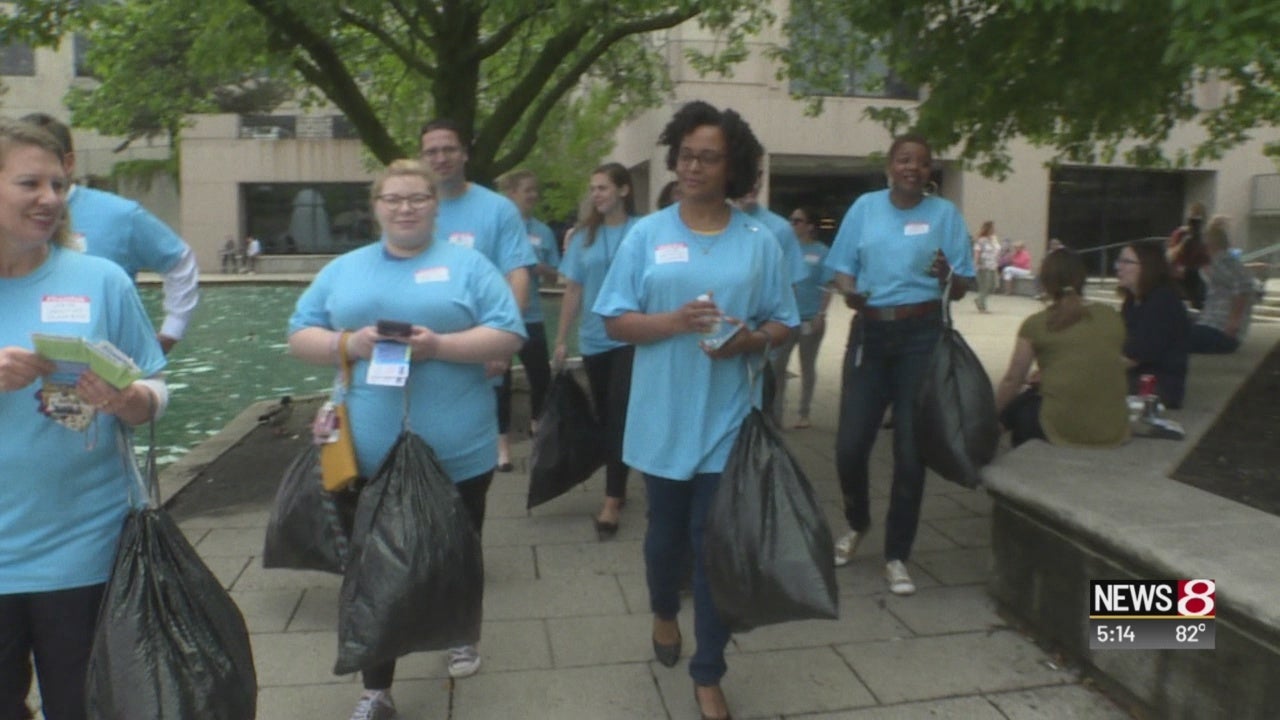 INDIANAPOLIS (WISH) — Thousands of Hoosier children are in the foster care system, and the Indiana Department of Child Services says they need your help.

It has to do with trash bags. The social media movement is called #TrashTalk.

The reason? Often when children are removed from their home in a hurry, they’re moved so quickly they only have enough time to take with them what fits inside a trash bag.

Joshua Christian said he knows exactly how it feels.

“It can be quite humiliating.” Christian said Thursday.

He spent almost 20 years in foster car. He said he was one of those children moved so quickly that he could only take with him what fits inside a trash bag.

“And I did, many times,” Christian said. “When I was moving from one home to another, it was crazy. Just walking in with all these trash bags because you kind of hold onto anything you have left, you know?”

He’s 21 now, and he’s using trash bags to raise awareness so other children statewide don’t have to go through what he did.

“They’re already going through a traumatic experience when they’re moving from one home to another.” Christian said.

“It’s heartbreaking,” said Terry Stigdon, director of Indiana Department of Child Services. “Sometimes what’s even more heartbreaking are the kids that can’t even grab anything. We have kids that don’t have any of their things.”

That’s why Stigdon and at least a dozen volunteers walked along the downtown Indianapolis canal on Thursday with trash bags in hand for a #TrashTalk.

Gretchen Grier, who volunteered for Thursday’s event, is a foster parent support communication liaison for Child Services. She said, “It’s a lot of stigma around being in foster care and being a foster child. A lot of our communities are not aware of the children that are in need.”

The Child Services director said there are about 14,000 kids in care statewide right now, which is less than this time last year.

In fact, Child Services is working with the Borrowed Hearts Foundation in Evansville. Every $6 donation buys a duffel bag for a foster child who needs it in your area.

Sarah Gough, executive director and founder of the foundation, said, “We are going to make sure that we spread bags all across the state so that when these kids do go into care, instead of having to grab whatever bag is on hand, whether that be a trash bag or an old suitcase, they’ll have a nice duffel bag to take their things.”