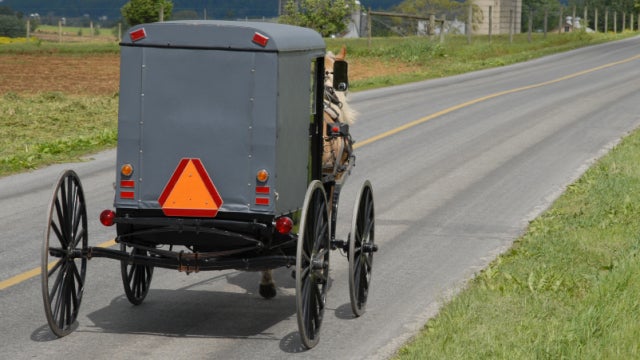 The Parke County Sheriff’s Department says an Amish family of four was traveling along U.S. 36 in a horse-drawn buggy Saturday morning when it was struck from the rear by a van.

The Tribune-Star reports that the impact near the community of Hollandsburg forced the buggy off the road and it crashed, killing two of the four family members.

The two survivors were flown to Indianapolis hospitals, but their conditions weren’t immediately known.

The van’s driver, 66-year-old Steven Miller Ealy of Danville, Indiana, was not injured, and a veterinarian cared for the horse at the scene.

Police say alcohol and drugs are not believed to be factors in the crash.