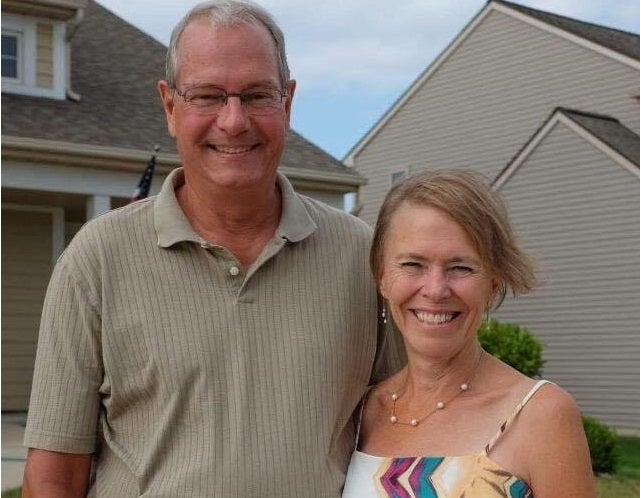 COLUMBIA CITY, Ind. (WANE) – A Columbia City couple went to Ireland to see the sights, and find out more about their ancestors. However, a car crash cut it short. Two people died including 62-year-old James Baker. His wife remains in an Irish hospital.

James Baker was a father of four and a grandfather of seven. His daughter said she’s devastated.

The Bakers loved genealogy. That’s what drew them to Ireland. It’s the land of their ancestors.

“He wanted to go visit the cemeteries and maybe get some information on some of the ancestors we had,” James and Deborah Baker’s daughter, Diana Baker, said.

James and Deborah Baker left Columbia City on Friday for their trip to Ireland. They traveled with James’ cousin, Jack Adams, and his wife Peggy. On Monday the trip was cut short. The four were in a car on a busy highway in Cork when they went to make a right hand turn.

“That highway is very busy, and there are some blind spots,” Diana Baker said. “The passenger side was hit by a dump truck.”

That’s the side James and Peggy were on. They were killed instantly.

“I just screamed and dropped to the floor,” Diana Baker said. “It was devastating.”

Some of Diana Baker’s siblings went to Ireland to be by their mom’s side. Diana is in Columbia City taking care of things at home.

“He cracked us up all the time,” Diana Baker said. “He always had a remark for anything.”

Diana said her dad was smart with his mouth, and also with his hands.

“He was ecstatic to build anything for anybody,” Diana Baker said. “He was really smart. If you had a problem he’d find a solution for you.”

Jack Adams was released from the hospital after a short stay. Deborah Baker remains in the hospital with several broken bones. She also suffered a collapsed lung as a result of the wreck, and because of that cannot fly for at least six weeks.

Friends have set up a Gofundme for the family. You can visit that page here.