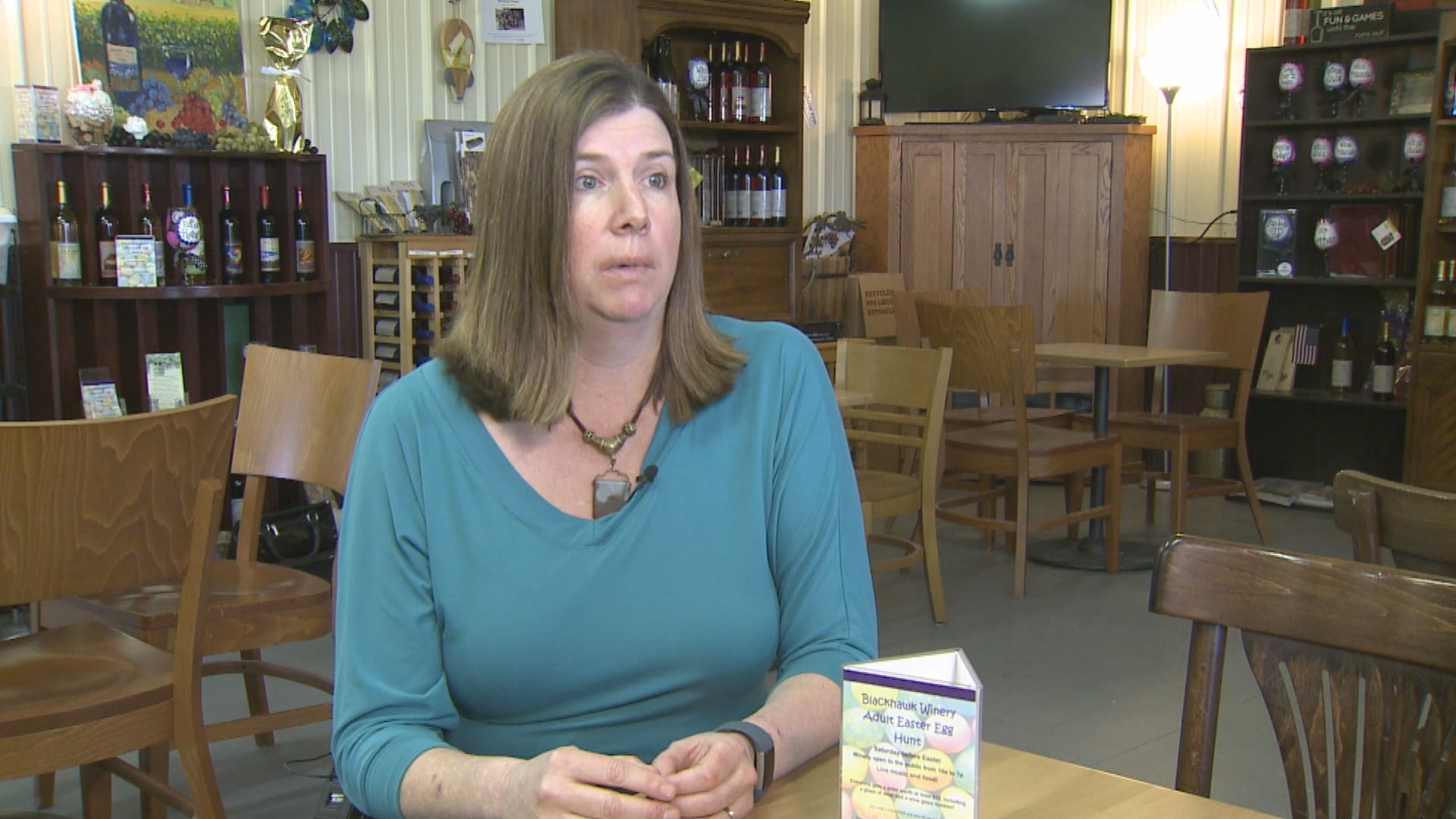 SHERIDAN, Ind. (WISH) — The Blackhawk Winery north of Sheridan is right in the middle of Indiana farm country.

With livestock including an aging turkey and his mate, the farm is similar to many small Indiana family-owned farms; the owners do everything.

The owners of Blackhawk Winery are Deb and John Miller, both transplants to Indiana with a hobby of making wine. Their hobby has grown into a full-time business, and the business has cleared multiple hurdles.

Small winery operators such as the Millers are hoping a bill before the Indiana legislature will pass so farm wineries can sell their products wholesale and in larger quantities.

The vineyards on the the Millers’ farm produce enough grapes for a couple thousand gallons of wine a year. Blackhawk Winery’s variety of wines has grown through the years and garnered a respectable following.

“Our winery is so small that in the greater scheme of the portfolio of these large distribution centers we are down here on their priority list,” Deb Miller said.

If the Millers were selling eggs from their chickens, they could freely market the eggs to local grocery stores and restaurants and open a stand at the farm.

To sell the wine the same as their eggs, though, requires a different permit and one of the Millers would have to step away from the winery.

“And the microwholesale distribution permit is the permit that is supposed to help small wineries like us start to do distribution so that we can get into those smaller markets and get that name and build that market that makes us more attractive to the larger distribution companies.” Deb Miller said.

Indiana state Sen. Ron Grooms is trying to change state law with Senate Bill 609. The bill passed the Senate 43-6 and was referred to the House of Representatives for consideration.

“A winery can be involved in the transportation or ownership of a wholesaler plus a brewery, which makes that very different,” said the senator who serves part of Floyd and Clark counties on the Ohio River.