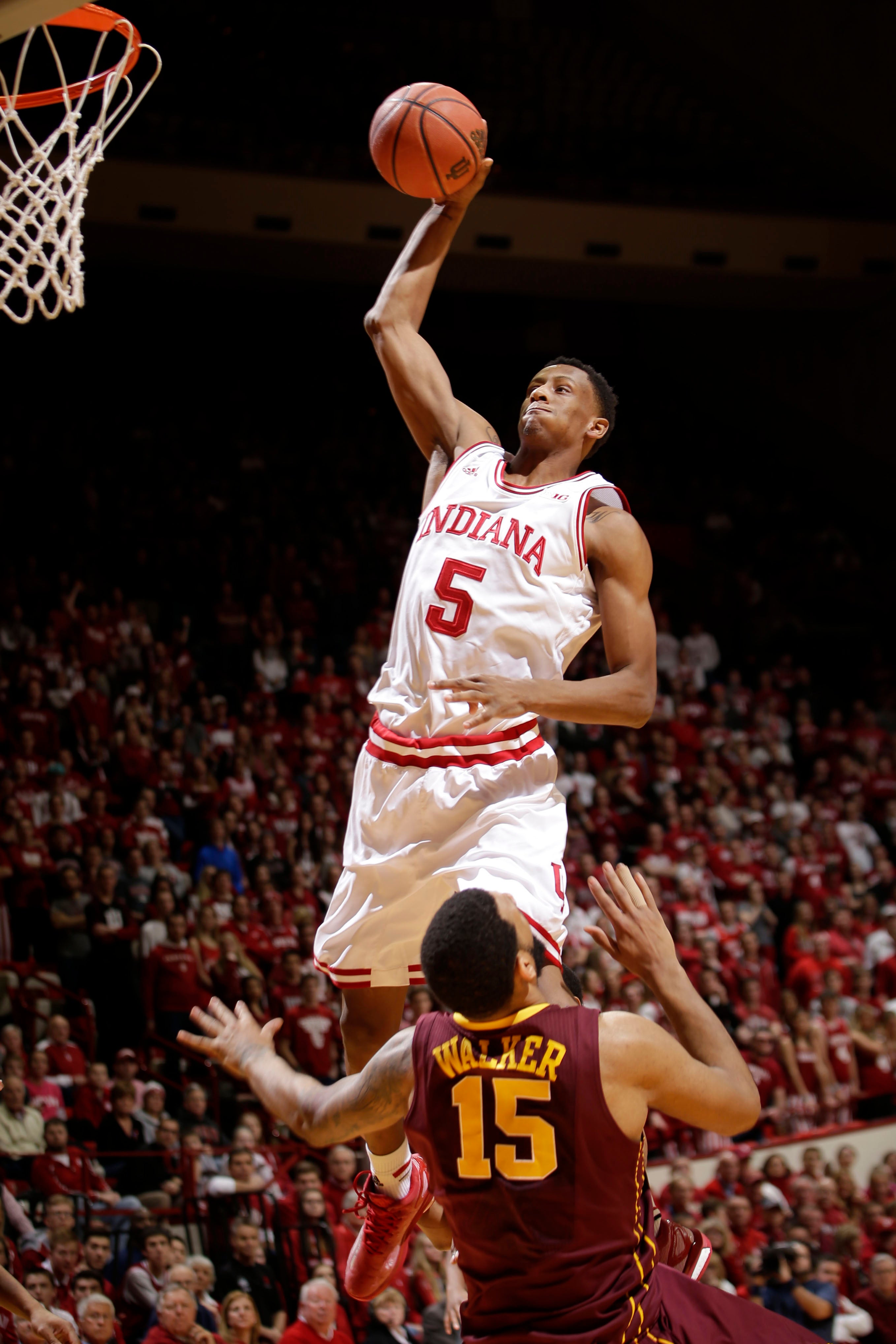 BLOOMINGTON, Ind. (AP) – James Blackmon, Jr. had 24 points and seven rebounds to lead Indiana to a 90-71 victory over Minnesota on Sunday.

Blackmon was 9 of 14 from the floor, including six 3-pointers, tying a career high. Troy Williams and Robert Johnson added 19 points apiece for the Hoosiers (18-8, 8-5 Big Ten), who made school-record 18 3-pointers out of 32 attempts (56 percent). Overall, Indiana shot 59 percent and outrebounded Minnesota 35-16.

Andre Hollins finished with 23 points, while Maurice Walker and DeAndre Mathieu scored 12 points apiece for the Gophers (16-10, 5-8), who had a three-game win streak snapped.

Johnson and Blackmon made back-to-back 3-pointers to give the Hoosiers a 50-38 lead early in the second half.

Later, Yogi Ferrell made a behind-the-back bounce pass to Williams, who hit a 3-pointer to put the Hoosiers ahead 57-44 with 15:21 remaining. Ferrell finished with a career-high 11 assists.

Indiana had lost two of its last three games and four of six.

Minnesota, winners of its previous three games, had trouble defending the perimeter while Indiana stepped up from 3-point range. Williams hit the record-breaking basket with 21 seconds remaining on Indiana’s final shot.

Indiana’s previous 3-point field goal record of 17 came against Illinois in 2002 and again against Penn State in 2007.

The Hoosiers entered the game the eighth best team in the nation in 3-point field goal percentage.

Williams converted a 3-point play, and then dunked for a 29-26 lead, putting the Hoosiers up for good with 7:11 remaining in the first half.

After Hollins scored for Minnesota, Blackmon made a 3-pointer to give Indiana a 32-28 lead with 5:39 left in the half.

Still, the Gophers didn’t let up.

Charles Buggs cut it to three with a 3-pointer to make it 36-33, but then Blackmon hit back-to-back 3-pointers around a shot by Hollins and Indiana led 42-35.

Johnson scored at the buzzer on a put-back and Indiana held a 44-38 lead at the break.

The Hoosiers got off to a slow start and turned the ball over three times early in the game while the Golden Gophers jumped out to a 14-8 lead.

Joey King answered with a 3 of his own, but Johnson scored a 3-pointer to give the Hoosiers the lead again.

Minnesota: The Gophers entered the game No. 2 in the nation with 10.8 steals a game, but had just two steals by halftime and finished with five. Still, Indiana had 18 turnovers.

Indiana: Ferrell holds a school-record of 57 consecutive games with at least one 3-point field goal. The streak is the longest active streak in the nation.