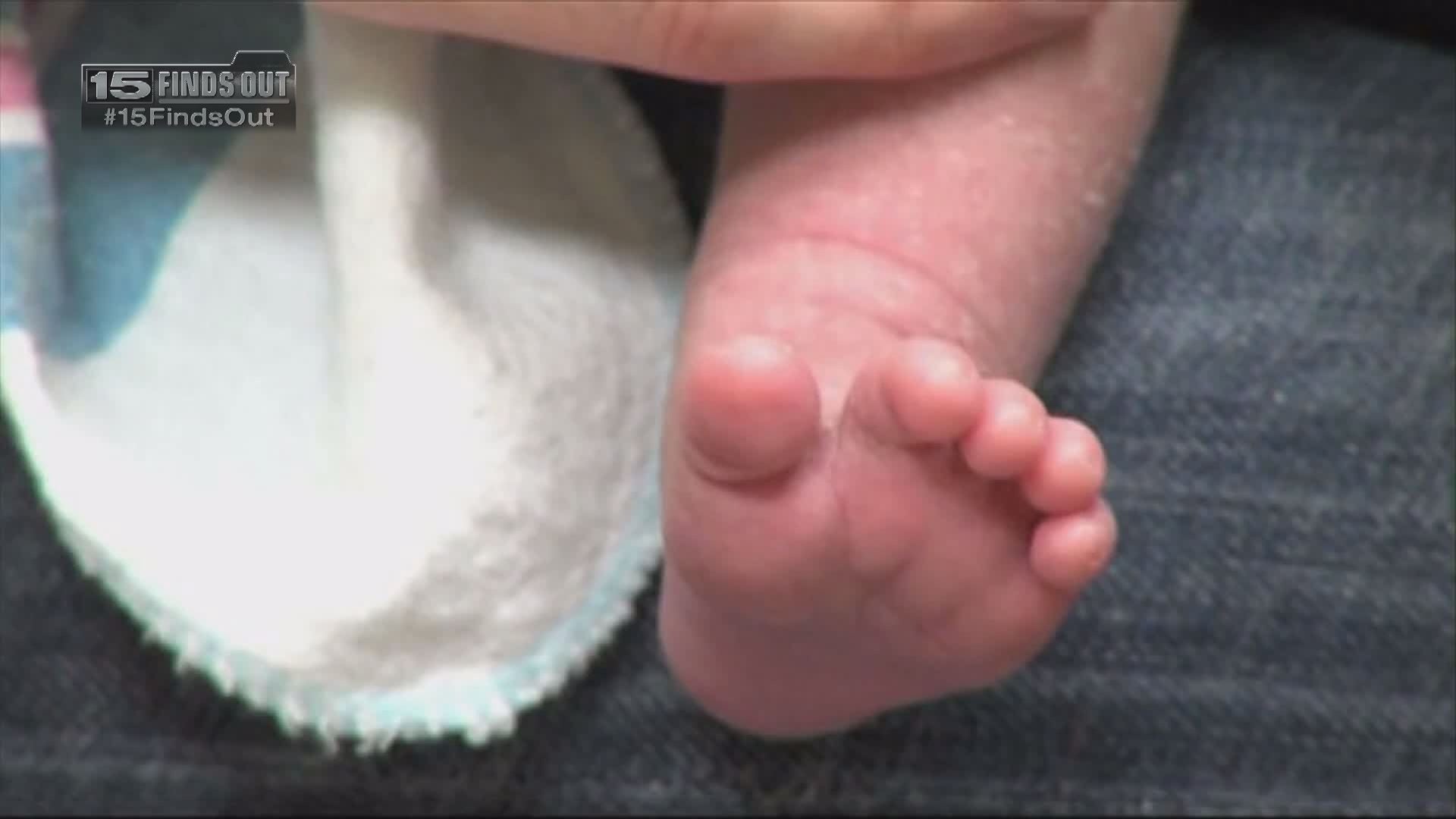 FORT WAYNE, Ind. (WANE) — The number of expecting mothers who abuse drugs is on the rise. Research shows about 10 percent of pregnant women suffer from drug addiction.

“This is a diagnosis that is pretty much higher than any other infection we screen for in moms,” said Dr. Tony GiaQuinta, a Pediatrician at Parkview Health. “It’s higher than Syphilis and HIV.”

“With the umbilical cord we know it’s going to be there for every baby every time at the delivery,” said Dr. James Cameron, a Neonatologist at Lutheran Health Network.

For decades doctors have used a newborn’s feces, hair follicles, and finger nail clippings to test for drugs.Those results could take two to three weeks to come back and doctors have found these methods are not as effective as the umbilical cord.

The umbilical cord carries nutrients from the mother to the growing baby. A piece of that cord can detect drug use through the last trimester of pregnancy. The results come back in one or two days which allows doctors to identify at-risk babies faster.

“We had no protocol,” she said. “Dr. Cameron came to me and said he was just concerned that there were babies being missed.”

This practice is relatively new to Fort Wayne, but hospitals across the country have been using umbilical cords to test for drug exposure over the last several years.

McMahan said statistics show that anywhere from 10 to 30 percent of babies are born to mothers who abuse prescriptions or use street drugs.

This investigation began with a tip to our hotline in July. A mother was concerned because her newborn son’s umbilical cord was tested for drugs without her permission.

Policies can vary depending on the hospital, however 15 Finds Out has learned that Lutheran and Parkview do not require a mother’s consent to test a newborn for drugs. Doctors test babies who exhibit withdrawal symptoms or mothers with a history of drug abuse.

Umbilical cord testing has been discussed on a state level over the last few years. Lutheran Health Network began the testing two years ago and Parkview over the last year.

“In Northeast Indiana we have developed the first ever screening pathway for these moms and babies once they come in at risk for substance use disorder so that every baby is screened appropriately and consistently,” said GiaQuinta. “Everyone is also plugged into a developmental follow up pathway.”

Cameron said Lutheran keeps a piece of every baby’s cord for 5 to 7 days.

“We want to have a specimen available for every baby at this point,” he said. “So that if the baby goes home after it is discharged and the pediatrician suspects there might be some concern for withdrawal symptoms they can call back to the hospital and say, ‘you know we have some concerns the baby is withdrawing can you send that cord for testing?'”

The tests can cost about $180 and are typically covered by health insurance. Doctors said it has helped identify a greater number of mothers and babies in need of treatment.

“It really does the best testing I think of any kind of testing because it just does it all,” said McMahan.